Well! It’s been a little while since I posted anything. Had another dogsitting gig this last week, and a minor personal crisis to attend to. But, I’m back at it now! 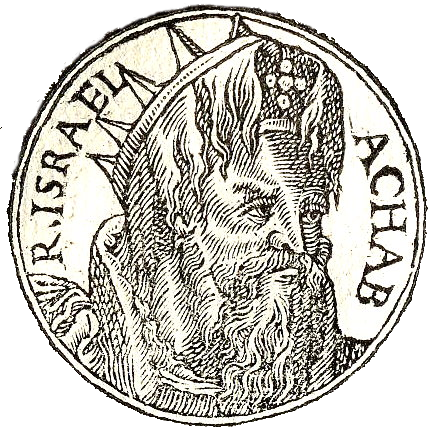 Today we’ve got a real good one, the proper introduction of Captain Ahab, the most famous character in the book with the possible exception of the titular whale. Roughly one quarter of the way through this book, it’s about time he showed his face, there have certainly been enough hints and rumors about him to stoke our interest.

SUMMARY: As the Pequod heads south, the weather becomes steadily nicer. Ishmael keeps a close watch out for any sign of Captain Ahab. One day, he’s just there, on the deck, when Ishmael comes up for his watch. After that, he is commonly seen standing on the deck, with his ivory leg braced in an augur hole. He still has little to do, the mates can handle the regular cruising of the ship, but seems to enjoy being out on the deck in the fine weather, and appears more and more the further south they travel.

At this point, some of the chapters take on a nature as somewhere between narrative and non-narrative. Events are described in this chapter, like the first time Ishmael lays eyes on Ahab, but it also sort of a general description of the mood on the ship and snippets of information that he was able to gather at the time.

It’s a format that lends itself well to stories about sea voyages. Any individual day is likely to be very uneventful, but the sum of all the events across several weeks may add up to something. Especially since this book is the recollections of Old Ishmael, the compression of time is of a piece with his interjections of future knowledge, as with the oil painting back at the Spouter-Inn, or any of his deeper knowledge of the whale fishery.

Anyway, enough meta writing, let’s get on to the man, the myth, the legend: Ahab.

I’m pretty sure I mentioned it before, but of course Ahab’s name is a biblical reference, to King Ahab, the seventh king of Israel. He is one of the many, many wicked kings of Israel who fell from worship of God and instead picked up worshiped a more popular local god, in this case Baal. He was pushed to do this by his wife, the possibly-more-famous Jezebel (yes, that’s where that term comes from).

The allegorical connection is pretty direct here. Ahab was a wicked king and came into conflict with prophets numerous times, including Elijah on two separate occasions. The famous line about him, which is actually quoted in this book, is that it was prophesied that “the dogs would lick his blood”, and indeed it came to pass. This is a bit of a sore spot for Ahab himself, who doesn’t like that he’s named about an evil king who everyone hated, but did not have much say in the matter.

There are way more specific connections between Captain Ahab and King Ahab, but this isn’t the time to dig into that. It gets pretty ridiculous, honestly, and adds to the whole notion that he has a special destiny of some sort.

As ever, Ahab is all ominous and mysterious, even when he finally appears on the deck one fine summery day. He is a powerful, robust physical specimen, despite being much older than the other officers:

There seemed no sign of common bodily illness about him, nor of the recovery from any. He looked like a man cut away from the stake, when the fire has overrunningly wasted all the limbs without consuming them, or taking away one particle from their compacted aged robustness. His whole high, broad form, seemed made of solid bronze, and shaped in an unalterable mould, like Cellini’s cast Perseus.

Reminds me a bit of the description of Stabuck, except that where he was described as merely compact and without any waste, Ahab is someone who has been burned up by life. Frankly, it seems like a bit of a contradiction to say that he looks totally healthy, and yet also like he’s been burned at the stake, but it is very evocative of how certain older people look. Those who remain very active, for whom old age is a mere concept rather than a grim reality.

Ishmael is most struck not by Ahab’s ivory leg, but by the livid white scar running across his face, from his hair down to his neck. He goes on to describe how he heard conflicting rumors about it, that it was either a mere birthmark, or the result of actually being struck by lightning at sea.

But once Tashtego’s senior, an old Gay-Head Indian among the crew, superstitiously asserted that not till he was full forty years old did Ahab become that way branded, and then it came upon him, not in the fury of any mortal fray, but in an elemental strife at sea.

Combined with the shockingly bright ivory prosthetic leg, it really does paint quite a picture. In person, Ahab takes on the mythic figure that we’ve been told to expect. A sort of ur-image of the wizened old sea captain. Not a fierce or cantankerous one, not a cruel one, but one who is simply majestic and Romantic even when he’s just standing on the deck, gazing off at the water.

That is kind of a funny element of all this. The rest of the officers seem almost embarrassed by how dramatic the captain is being. Before he appears, they do their best to assure the crew that everything is fine, and he’ll be around any day now. And after he does come up… there’s nothing for him to do. He’s not ordering the crew around, he’s not steering the ship, he’s certainly not climbing into the rigging.

Ahab’s role, thus far, is to stand on the deck and look dramatically off into the distance. His leg braced in a hole helpfully drilled into the deck, his hand grasping a low-hanging bit of sail, squinting as he gazes into the salt spray. You can’t say the man isn’t acting his part.

Also, it really does seem to be the case that he simply didn’t want to go out into the bad weather. The man wasn’t hiding below decks, he just didn’t want to freeze himself out in the cold north Atlantic air. We get the strongest indication of his predilection for tropical climes in one of my favorite passages of this chapter:

even the barest, ruggedest, most thunder-cloven old oak will at least send forth some few green sprouts, to welcome such glad-hearted visitants; so Ahab did, in the end, a little respond to the playful allurings of that girlish air. More than once did he put forth the faint blossom of a look, which, in any other man, would have soon flowered out in a smile.

For the most part, though, Ahab being on deck puts a bit of a damper on the mood. With him around, the crew feels more self-conscious, worried that he’s suddenly going to start yelling at them, or that they are disturbing him in some way. This is the other side of his great and terrible mythic gravity. Everyone has heard all these stories about the great Captain Ahab, so as he stands there on the deck, not saying anything, with an expression of unspoken agony on his face, they can only scurry about on their duties as if they were being whipped.

There was a bit earlier in this book, when Ishmael was talking about Captain Bildad, which serves as a good description of this effect. If you’ll recall, he was the more sober, traditionally Quaker-ish of the old duo of owners of the Pequod. We were told that he could make anyone nervous just by looking at them. To have his judgmental eye on you was intolerable, even if he never said a word. His whole bearing was so powerful that it could compel men to jump into action with just a glance.

Ahab seems to be having a similar effect here, but he doesn’t even have to clap his eyes on anyone. The expectations are implicit in his mere presence. You don’t really think of charisma and leadership in these terms nowadays. But, as with everything about him, Ahab is a special case. He’s Ahab, after all.

Ah, feels good to get back into the swing of things. Bear with me a little, I’m getting my sea legs again after a week off, so to speak. But the next few chapters will provide ample material for some more philosophical musings, or at least trying to unpack what exactly is going on with this weird, weird book.

You’ll see what I mean. We’re almost to the part where Ishmael suddenly gets all scientific on us, all of a sudden.