Okay, so this is embarrassing.

I totally forgot to do this chapter! It is super short, again, and doesn’t have any thematic or philosophical business to speak of. Let’s make this quick, for once! 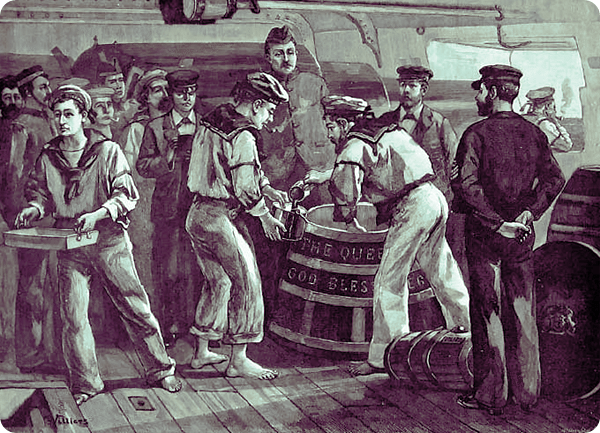 SUMMARY: As they are refilling the scuttlebutt one night, a Spanish sailor hears something in the forward hold and tells his friend Archy, who heard nothing and doesn’t believe him.

That’s it! Just another li’l bit of foreshadowing about those mysterious stowaways we heard about waaaaaaay back when Queequeg and Ishmael were boarding the ship. That was a thing that happened, better keep it in mind, especially now that Ahab’s first big secret has been revealed. What else could he be hiding?

Let’s see… the narration refers to the Spanish sailor as “a Cholo”, which originally meant a person of mixed blood in the Spanish colonies, but has taken on a very different meaning in modern times. Melville almost certainly meant that this dude was not lily white, not that he was wearing a wife beater. 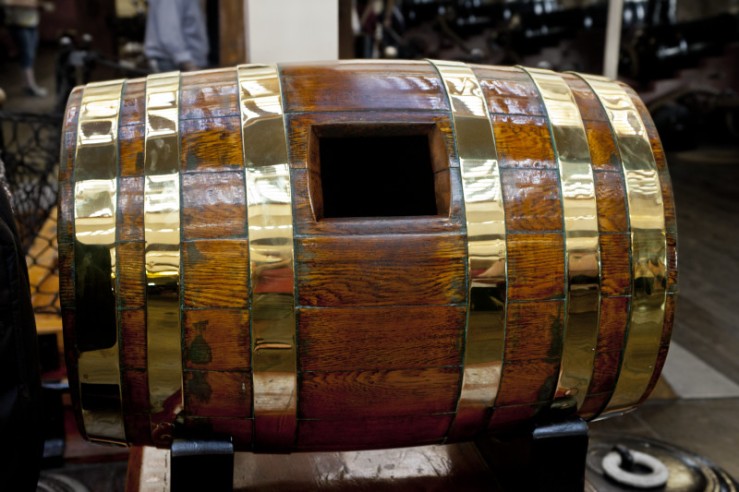 Umm… oh! Scuttlebutt! Yeah this is kind of a fun fact, the “scuttle butt” is a butt (a barrel) that has been scuttled (in the sense of decommissioned from its original use, in this case by having a big hole put in it). It was used on ships to store drinking water for use by the crew during their work. Not unlike the water cooler of a modern office, and indeed this is the same place that we get “scuttlebutt” as a term for gossip. Sailors would trade information as they gathered around the scuttle butt for a drink.

Err, the crew are doing this over the quarter-deck, at night, so they’re being very careful to be quiet and careful… something something Ahab’s authority? I guess this makes a nice bit of connecting tissue for the next chapter, where we go down into Ahab’s cabin. This book is generally pretty good about leading into things, except when there’s just a wild non-narrative chapter out of nowhere after a big important plot scene.

That’s about it! A truly inconsequential chapter. You can forgive me for overlooking it, literally.