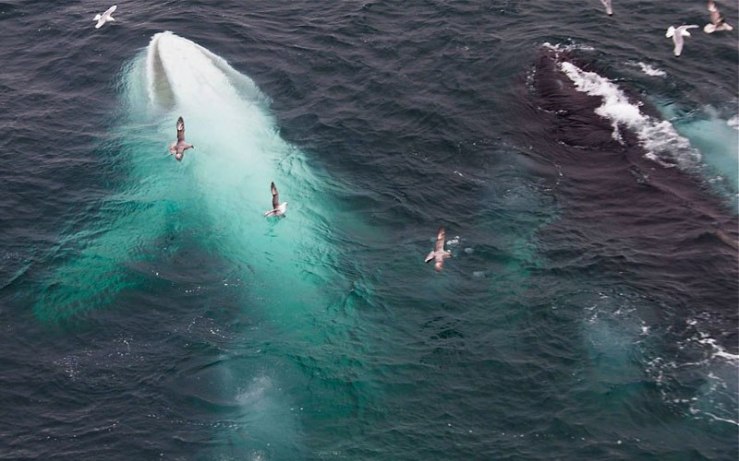 What’s fun, at least to me, about this book is that it takes its own turn at explaining the symbolism and themes. You get a sort of inside perspective on things. I can see why it would be attractive to teachers who want to impart these concepts, but the language is just too challenging for it to really work. A book that is about symbols is going to end up being too convoluted to analyze at a high school level.

SUMMARY: Ishmael attempts to describe why he finds the whiteness of Moby Dick to be his most terrifying feature. He describes the various meanings of the color white, and how it can confer a supernatural, unsettling aspect to living things.

Everyone knows that the color white means purity, perfection, and goodness. In just about every society on the globe, light is associated with all things good and true, as darkness is associated with defilement and the unknown. So why is it, then, that this great white whale inspires such terror in all who see it?

This is the question that Ishmael is ruminating on, in his traditional style, all throughout this chapter. This phenomenon is not limited to Moby Dick, either. Polar bears are almost pure white, and it makes them all the more terrifying to behold, in person. Ishmael even brings up the great white shark!

Witness the white bear of the poles, and the white shark of the tropics; what but their smooth, flaky whiteness makes them the transcendent horrors they are? That ghastly whiteness it is which imparts such an abhorrent mildness, even more loathsome than terrific, to the dumb gloating of their aspect. So that not the fierce-fanged tiger in his heraldic coat can so stagger courage as the white-shrouded bear or shark.

The emotion that Ishmael associates with whiteness throughout this chapter is not evil, per se, but just a sort of “supernaturalism”, as he calls it. It just makes things seem a bit more eerie, not quite of this world somehow. This is a deep-seated association in the human mind, and doesn’t only apply to things you actually even see. Just hearing a thing described as being white gives it more significance, makes it seems more ethereal and strange.

[…] why, in reading the old fairy tales of Central Europe, does “the tall pale man” of the Hartz forests, whose changeless pallor unrustlingly glides through the green of the groves—why is this phantom more terrible than all the whooping imps of the Blocksburg?

To get his point across, Ishmael gives a bunch of examples, beyond the shark and bear: the strange desolation of the Antactic desert, the White Sea, the White Tower of London, the strange whiteness of Lima (a city that comes up a lot in this book, oddly), the Tall Pale Man of German folklore. He talks about the religious significance among Native Americans of the pale colt, a pure white horse that ranges across the whole continent. And, of course, the great significance of white in Christian theology, a color associated with purity and thus with Jesus and God in many different contexts. 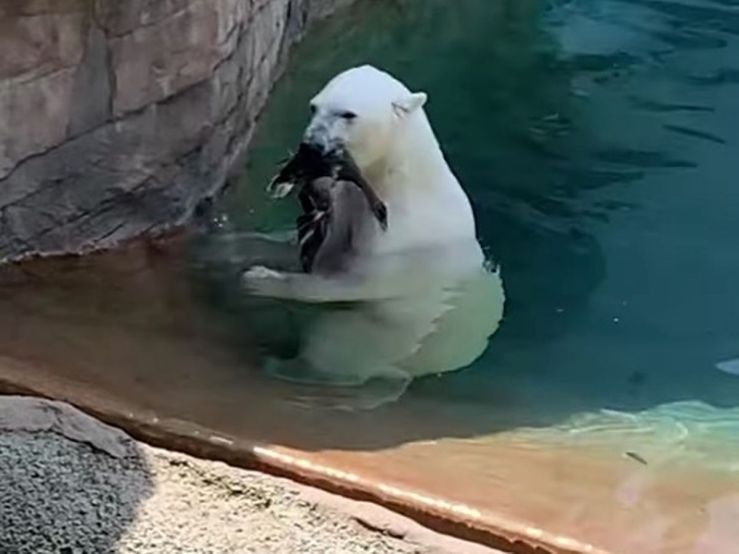 What it all comes down to, then, is the color itself. What effect does this blankness, this emptiness of meaning, have on the human mind?

Is it that by its indefiniteness it shadows forth the heartless voids and immensities of the universe, and thus stabs us from behind with the thought of annihilation, when beholding the white depths of the milky way?

Perhaps it is just that it reminds us of death. Not just death, but the threat of total annihilation upon death, that there is no afterlife or great system holding everything together. The purity and blankness of white is a threat of nothingness. Everything in life is rich with detail and complication that must be figured out and analyzed, so the color white symbolizes a terrible simplicity: there is nothing to know. There is nothing to learn, it is simply an end in and of itself.

Ishmael takes things in a slightly different direction. Building again on the strong theme of the impossibility of knowledge from the last chapter, he discourses on the nature of light. To wit: it is believed that all light is truly white light, at first. Very few objects create light of their own, they simply reflect it back to us, and the color that we see is not inherent in the object but merely a trick of reflection. 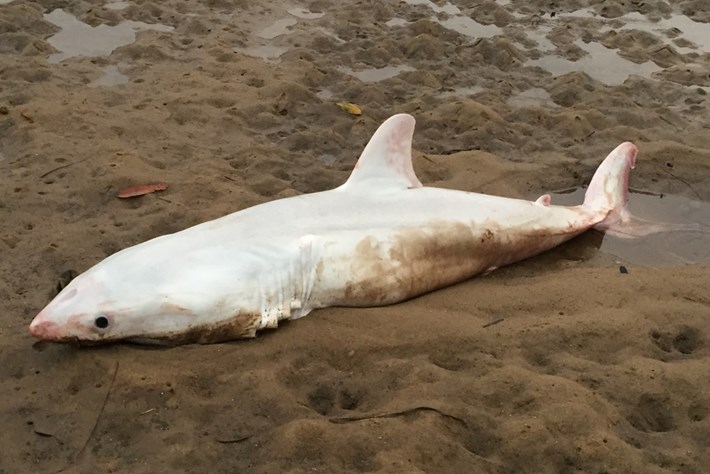 Thus, what whiteness shows us is a hint at the true nature of reality. Colors are but an illusion, all objects are blank and dull in a more true layer of reality. What it is a symbol of, or reminds us of, is that there are parts of reality which our senses have no access to, or may lie to use about. If color, this most basic unit of meaning, is but a trick of our eyes, then how could we possibly extract any truth from our surroundings?

Nature absolutely paints like the harlot, whose allurements cover nothing but the charnel-house within;

This strikes me as another almost Lovecraftian concept. That all of these fancy sentiments that we humans put on nature and on reality in general only conceal the grim reality of it: we are small and blind, wandering an endless hazardous wasteland. All things struggle to survive in combat with all other living things. Humanity has an instinct to attribute some beautiful design to things, but that is only a trick of the light. The bare truth is that the world is harsh and heartless, and looking upon its unvarnished truth would drive us mad.

Part of it is the notion of some unseen reality, but even closer to Lovecraft is the idea that reality is both harsh and cold. There is no God out there looking out for humanity, we are but a meaningless speck. If Gods do exist, they are most likely utterly indifferent to our existence, so small and blind as it is.

All of this meaning is then heaped on the old white hump of Moby Dick. Which is, hilariously, exactly what Ishmael says is our greatest mistake, coloring in the world with meaning where none exists. But then, he’s saying this is just what happens, not that he necessarily wills it. It’s an emotional reaction, not a rational, reaction. 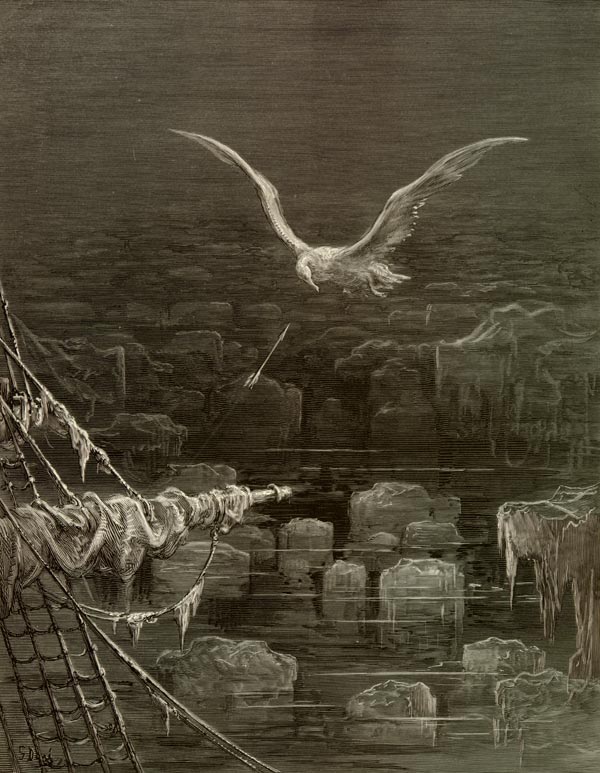 In many ways, Moby Dick is similar to the malicious and indifferent gods of Lovecraft’s mythology, and the many mythologies it has inspired. It is a great, powerful being whose mind is unknowable. It can bring great ruin to men, killing or torturing them, as it has done to Ahab. It is, above all, an unknown element, that seems to be a part of some greater world than humanity can truly understand. Swimming the deepest depths of the oceans, who knows what it’s doing? Nobody does. Even to this very day, scientists can only guess at what sperm whales eat and how they do it. Their battles with giant squid are only inferred through circular scars on their hides, they have never been witnessed by anyone.

There’s something very inspiring about all this, to me. In a creative sense, at least. That there are things in nature that we do not know, that there are mysteries yet unplumbed. Having grown up long into the age where man is assumed to have conquered every aspect of nature, it is good to be reminded that there were times where this was not the case. When a whale, now seen as a cute and innocent victim, was a thing of real terror.

I’ll get into this later on, once we get to the actual butchery, but the relationship between Americans in particular and the animals we consume has changed a lot over the years. Everything is so sanitized now, we are disconnected from the grim realities of nature. An extra layer of artifice and color over the true charnel house of reality, so to speak.

Well, turns out I got a little philosophical too. Lots of interesting stuff going on here, I didn’t realize how strongly these themes I had intuited in the past were playing out through these non-narrative chapters.

It’s not often you get a character in a book pausing to consider the symbolic significance of the story that they’re in. I guess this is what people mean when they say that Moby Dick was ahead of its time.