I thought I’d try my hand at something different: A bit of informative writing. 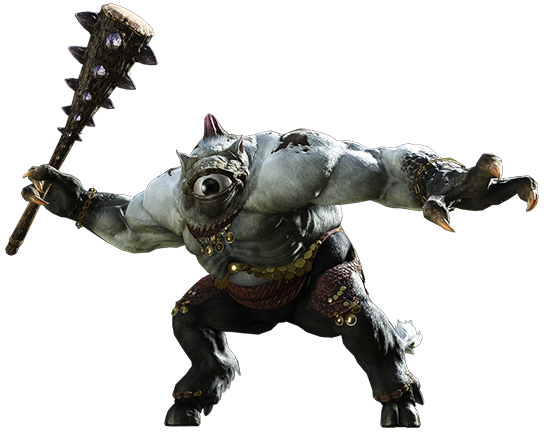 After all, these Moby Dick posts are fun for me, but they do get a bit repetitive. I would write a review of a game, but there’s really only one game I’ve been playing for the past few months: Final Fantasy XIV, the second massively multiplayer entry in the venerable fantasy RPG series from Square Enix. So, I’m going to write about something I have become something of an expert in: tanking.

A “tank” is one of the traditional holy trinity of roles for groups in multiplayer RPGs. They are the one whose job is to get the enemy’s attention, so that the healers and damage-dealers and do their work unmolested.

To put it simply, their job is to take hits in place of the rest of the party. They are also kind of the leader of the party, by default. They control the pace of things, they decide how many enemies you are going to face at any time, and their success or failure at their job leads most directly to the survival or death of the whole party.

To put it even more simply: Your job is to get and maintain enemy attention. If someone else in your party is being attacked, it is your job to drop whatever else you’re doing and intervene, unless doing so would bring more ruin to the group as a whole. 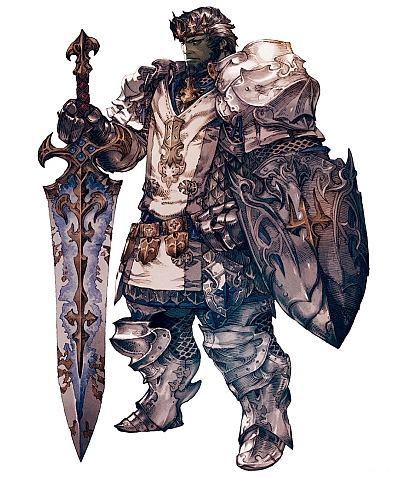 The most important tools for any tank are AOE attacks and provoke.

Against packs of regular enemies in dungeons, AOE (area of effect) attacks are what you should be doing all the time, basically. For the simple reason that you want to get through enemies as quickly as possible, so your DPS allies will also be using AOEs to spread their damage around.

If you are focusing on a single enemy, it is likely that the splash damage from your allies will cause them to gain aggro (shorthand for ‘aggression’, meaning being targeted). As long as you are in your proper tanking stance (always remember to turn it on at the beginning of the duty), it will be very easy to maintain enemy attention indefinitely.

This brings us to the second tool: provoke. This is a skill that instantly shoots you to the top of a single target’s shit list. They will turn and attack you alone, it generates a tremendous amount of hate (another shorthand for enemy attention). In fact, it is often used in scenarios with multiple tanks to switch between them when necessary.

Provoke is a critical tool because it’s your “oops” button. If you miss an enemy, and suddenly realize that your healer is desperately healing themselves instead of you, a quick provoke will solve the issue in a moment.

UI: How To Watch For Stray Hate

But how do you know if you’re not holding aggro? The combat in FFXIV can be chaotic, especially at higher levels, but even early on it can be hard to spot the damage numbers floating over the wrong person, or an HP bar dropping at a precipitous rate.

Luckily, the game offers a very simple, powerful tool for tanks: the threat icons. On the list of enemies, over on the left side of the screen by default, just below the list of your fellow party members, there are some colored squares.

These indicate how much hatred that particular enemy currently has for you. For a tank, it’s quite simple: You want all of these to be red, all the time. Yellow and orange indicate middling levels of hate, and green indicates almost none at all.

Simply paying attention to these symbols is most of your job as a tank. If you see that one of them as turned orange or yellow, or green because you never picked that enemy up, simply click the name of the enemy and use provoke. Or, move near to your allies and use your AOEs.

Don’t be too focused. As a tank, your job is not to kill enemies, it’s to keep enemies from killing your allies. Pay attention to these symbols, and to your allies’ HP bars, just to be extra sure. Don’t just sit in one spot and do your combo over and over, move around and make sure you have established full hatred from every enemy in the fight.

Positioning: The Noble Art of Dance

One of the most important roles of the tank, especially in boss fights, is positioning. After all, where the tank stands determines where the enemy stands, and that can have a huge effect on your success in some fights.

The general rules of thumb are as follows:

In general, don’t try to move enemies around too much. Unless there is a specific reason for it, related to a boss mechanic, you can usually fight them right where they stand, or in a good, roomy area. Moving around too much makes things a lot more difficult for melee DPS, who have to constantly reposition. 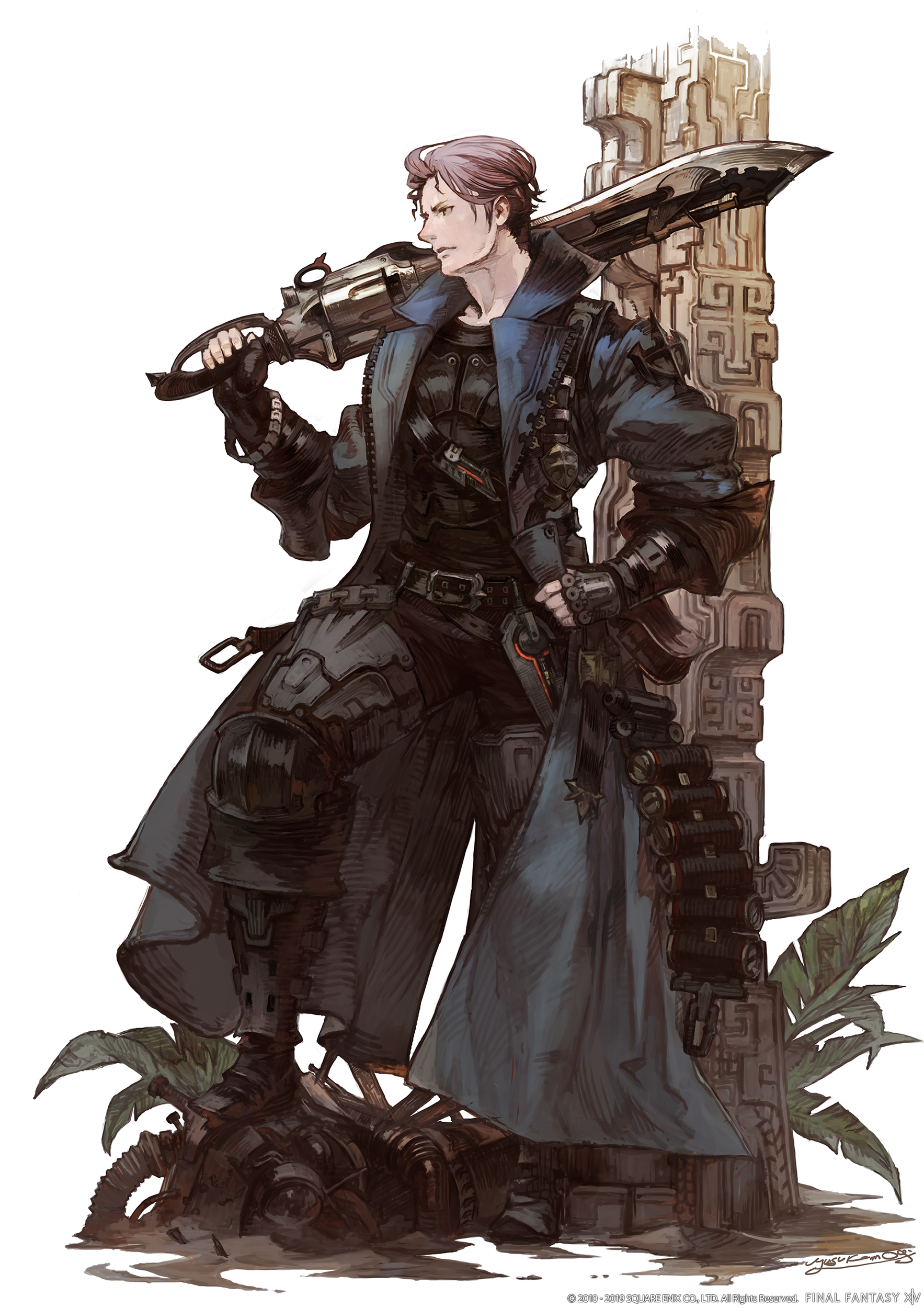 The primary responsibility of tanks, the thing that separates a good tank from a truly bad one in dungeons, is pulling.

First of all, I just want to say something to non-tanks: The tank should be the one pulling. The size of the engagement is their responsibility, full stop. If you’re bringing in extra groups of enemies on purpose, they may not notice it, and would be fully within their right to just let you die. I’ve seen too many overeager DPS running ahead and getting killed, wasting everyone’s time in the process.

The amount that you should pull, however, depends largely on your own skill, level, equipment, and also that of your healer. If you notice that a healer is not at the maximum level for a duty, or seems inexperienced, just pull less. It will save everyone a lot of stress, and actually help you get through the instance faster.

Here’s the thing to keep in mind: Your responsibility is keeping everyone alive, don’t pull more than you can all handle. Pulling the entire map and getting everyone killed wastes way more time than being prudent and only taking one group at a time, if necessary.

Now, it can be tricky to figure out how much to pull with a fresh group of random allies at the beginning of a dungeon. This is something you have to feel out. Try pulling small, and if you notice your healer casting their big damage-dealing spells, you can feel free to pull bigger.

Or, another novel tactic: When in doubt, just ask. Say in the chat “Hey, would it be cool if I pull big?”

Don’t Sweat Cooldowns, But Do Use them 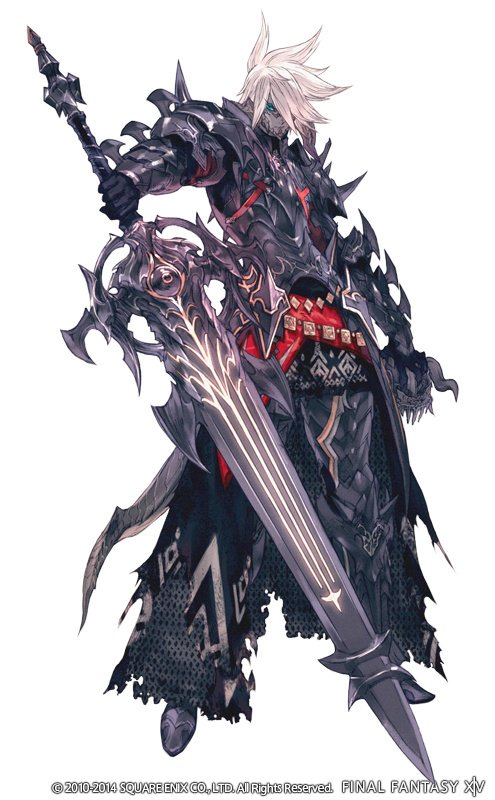 Every tanking job has access to myriad defensive abilities with various cooldown times. Some you can cast every fifteen seconds, others can only be used once every two minutes. It can feel very overwhelming, worrying about when is the optimal time to use these abilities. Should you pop them all right before a big attack? At the beginning of a fight? At the end?

In my experience, it’s best to just pop them at a regular pace throughout a fight. They can be used reactively, after you take a big hit to keep you from dying, or proactively. But in general, cooldowns lower your damage taken overall. Especially when you’re fighting mobs of enemies between boss fights, there’s never a bad time for a defensive cooldown.

Simply take a look at your hotbar to see what’s available, and hit one of those buttons. Anything you do to reduce your damage taken helps out your whole party. That’s less time your healer has to worry about healing, less potential downtime if you die, and a faster, easier experience for the whole party.

Tanking is, primarily, a psychological challenge.

The key is to be like the second mate of the Pequod in the book Moby Dick; or, the Whale:

Long usage had, for this Stubb, converted the jaws of death into an easy chair.

Your job is to take damage, and you have all the tools available to successfully accomplish that task. Pay attention to what works and what doesn’t, learn the job by feel as much as by rote.

It’s a game, at the end of the day, and the goal is to have fun. A good tank makes running through a dungeon a breeze, a veritable walk in the park. I have found that the community of Final Fantasy XIV is among the most welcoming and relaxed in all of video gaming. Don’t be afraid to ask for help, or to inform your party that you are new at this, or to apologize for mistakes.

Practice makes perfect. I find that I can’t really be a great tank in any particular duty until I’ve done it five or six times. You’re going to make mistakes, the key is to pay attention and learn from them. Do not hold onto bad habits with all the power you can bring to bear, do not defend your honor like 16th century French nobleman.

You may find this applies to many areas of life, not just one particular role in a popular MMORPG. Give it a shot!