I hope you are all weathering these quarantine times well, shipmates. 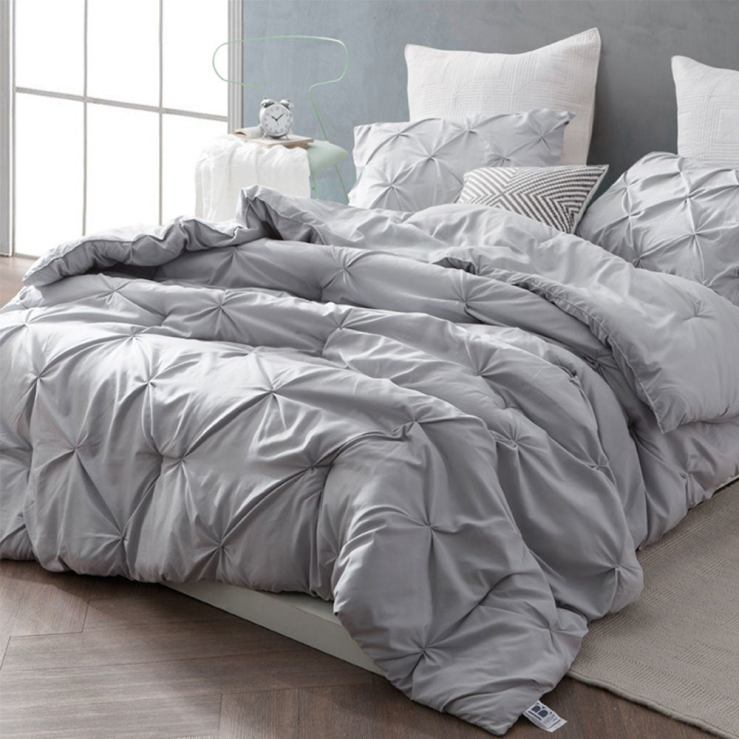 As for me, things have been busy, and slow at the same times. I’ve been pulled in a million different directions, and yet feel little to no motivation to actually get things done. Thus, my attention has returned to this blog, thinking perhaps the old fashioned folksy ways of Ishmael may ignite some interest in me. And, indeed, this is a pretty fun chapter. Enough preamble, let’s get into it.

SUMMARY: Ishmael describes the skin of the whale. First, he tells us that it is merely the same as the blubber previously described, stripped off the whale in huge sheets as it rolls around in the sea. But, there is another skin, an incredibly thin, transparent layer that covers the outside of its entire body. But, Ishmael insists that this is not the true skin, because the skin of such a gigantic creature could never be so small and insignificant.

He describes the mysterious markings that are found on the blubber of the whale, comparing them to both fine Italian engravings and mysterious Indian hieroglyphics. Their fineness and seeming resemblance to some greater form, but also the fact that they are unintelligible to any living person.

Then, Ishmael muses on the tremendous vitality of the whale. How its incredibly thick skin allows it to survive the polar waters of the most extreme ends of the earth. Ishmael raises the whale as an exemplar for all mankind: we should all protect ourselves from outside influence, and maintain an internal temperature at all places. But alas! So few are capable of such things.

Kind of nice to get back to a regular ol’ non-narrative chapter. It even ends in a way that’s very familiar at this point: Ishmael declaiming things and yelling at the reader about spiritual enlightenment or whatever.

Oh, man! admire and model thyself after the whale! Do thou, too, remain warm among ice. Do thou, too, live in this world without being of it. Be cool at the equator; keep thy blood fluid at the Pole. Like the great dome of St. Peter’s, and like the great whale, retain, O man! in all seasons a temperature of thine own.

Pretty standard synthesis between stoicism and protestant philosophies here. The world is evil and corrupt and you have to hold yourself apart from it lest you become corrupted by it, stuff like that. Y’know, the basis for all that “rugged individualism” nonsense that still infects American culture to this very day. 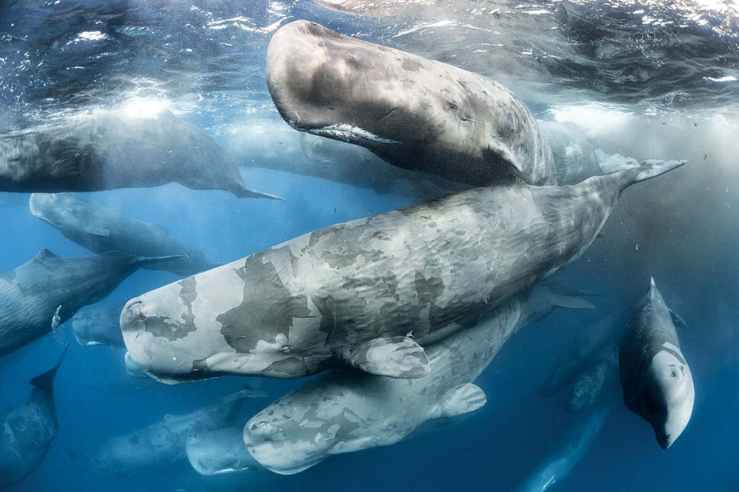 It’s a tricky thing. On the one hand, of course you want to watch out for yourself and your own interests. But seeing the world through this lens all the time distorts your view of things in horrific ways. It is no less divorced from reality and naive than a child trusting in a stranger who offers them candy if they will only hop into their van. We are all more interconnected than ever, it is the whole basis for human civilization.

There is a tension at the center of it, between the one extreme of existing as an island (or a whale) cut off from all other things, and on the other extreme giving your whole body and soul over to some collective good. It’s something to be calibrated on a case by case basis, there isn’t really one universal answer. But that doesn’t keep people from saying that there is, of course. You don’t want to end up part of some sort of angry mob, but neither do you want to be a callous miser. How, then, does one relate to other people at all?

Well, you just have to do it and figure out what works for you. It’s funny, people look at the writings of great classical stoics like Seneca, but he was giving specific advice to specific people who were writing to him. And, he was reacting to his own specific context, and the society that he existed in. Not to say that you can’t derive some lessons from those, some human problems are eternal after all, but canonizing them as some sort of universal salve is the wrong approach.

Anyway, let’s get back on track a bit: whale skin.

Ishmael tosses out the idea that the “infinitely thin” transparent layer that is actually on top of the blubber could be the skin, but of course that’s exactly what it is, at least according to modern biologists. It exists to be shed, though, and is often scraped off while the whale is alive by rubbing against other whales. The purpose of this thin, yet durable, substance is to keep off parasites and other miscellaneous oceanic hitchhikers. Of course, it doesn’t always work perfectly, but that’s how it goes.

But I’m just being pedantic, pointing out factual errors in Moby Dick is a fool’s errand. It doesn’t actually matter whether everything Melville recorded here is gospel, it was never presented as a true account of whaling. Even in fiction, this is a story that Ishmael is writing, and we know he’s given to philosophical romanticism. Embellishing a story to make it fit better with a metaphor or whatever is definitely not off the table.

I mean, heck, we’ve had all this mythologizing of Ahab going on, making him out to be this fated hero rushing to a tragic end. When I read a book like this, I do not expect it to be an accurate recounting of true events, nor even necessarily events that could be true. That’s just not how I engage with fiction at all, in this, the year of our lord two thousand and twenty.

And when it comes to scientific understanding of whales, it was all a crapshoot back then. We’ve seen Ishmael cite his sources, and it’s just the collected logs and reflections of a handful of captains. And, of course, the hare-brained scribblings in some ancient bestiaries that even Ishmael looks down on with disdain.

Modern scientists are still trying to untangle some of these broad assumptions made in the past. Relations between animals based on features or just… how they look, rather than actual genetics. The uninformed assumptions of the past are constantly being thrown out as we gather more accurate data. This is true for literally everything, all the time.

Let me relate this back to the chapter: those markings on the back of the whale. The mysterious lines, seemingly converging into some unknown picture, and the more intricate markings, writings in some unknown language. Ishmael calls them hieroglyphs, by which he means their meaning is impossible to decipher. 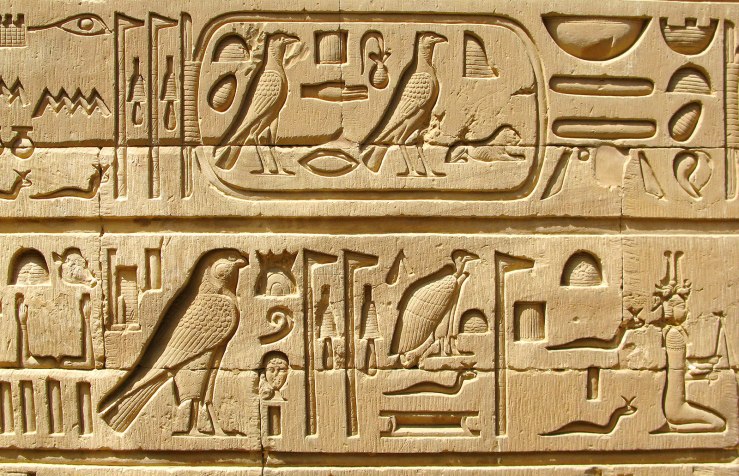 These are hieroglyphical; that is, if you call those mysterious cyphers on the walls of pyramids hieroglyphics, then that is the proper word to use in the present connexion. By my retentive memory of the hieroglyphics upon one Sperm Whale in particular, I was much struck with a plate representing the old Indian characters chiselled on the famous hieroglyphic palisades on the banks of the Upper Mississippi. Like those mystic rocks, too, the mystic-marked whale remains undecipherable.

It seems that “hieroglyph” simply meant some symbol that couldn’t be deciphered. Nowadays, it brings to mind specifically the Egyptian writings, and the whole system has been completely deciphered. I have no doubt that those “Indian rocks” he refers to have also had their meaning unlocked in the fullness of time.

Understanding and meaning shift underneath us, slowly over time. How many years, decades, centuries, before Moby Dick is rendered as archaic and unreadable as Beowulf? How long before the writing on this very blog becomes as arcane as the strangest markings on an ancient cave wall? 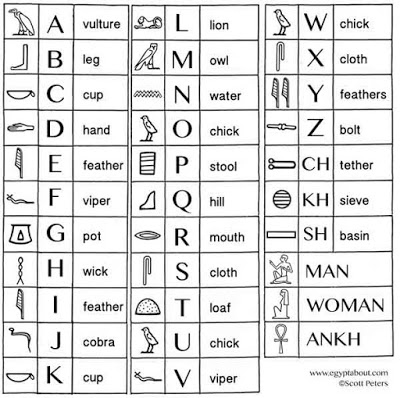 Speaking of Egypt reminds me of another interesting point, to put things in even better perspective. I was listening to an old episode of the Apocrypals podcast the other day, as one does, about the Book of Tobit. It’s an interesting story, a bit of pseudepigrapha, which is to say falsely signed writing or what is colloquially known as “Jewish apocrypha”. Although it is actually canon for Catholics, it was one of the books thrown out in the reformation, and was never considered legitimate by Jewish scholars.

Anyway, in this ancient book, written probably some time in the first or second century BC, there is a part where the angel Raphael chases off a demon, and it runs away to Egypt, where it is chased and finally bound. Now, why Egypt? Well, that was where all sorts of evil magic are known to happen, so where else would a demon go? 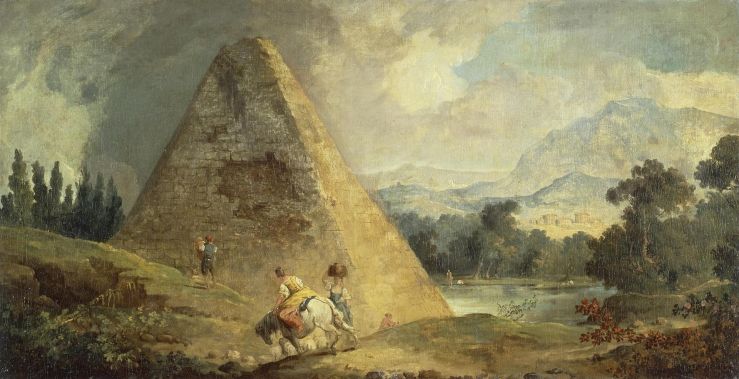 History is so long! It’s hard to really appreciate it until you hear something like that. Nowadays people will talk about some ancient curse on Dracula or whatever, but he is based on a historical figure who lived less than a thousand years ago. The ancient world is compressed in our minds, but the world that was ancient to the ancients is still the same.

What is magic, really? What is fearful about those ancient tombs, the mysterious practices of pre-Christian cults? It is only magic because it is unknown. The veil is lifting on all the world, little by little.

Ah, that was a fun one. Really touched on some interesting stuff, I think.

I’d like to really dive deep into the whole “individualism” thing, some day, but I feel like I don’t have the understanding or the vocabulary for it. That’s what it’s nice to have these Moby Dick posts, where I can just glance off multiple topics, chipping away at them through this other lens, working them out a little bit at a time.

I thank you, as always, for indulging me in these tangents, and hope they enlighten you in some small way.