Okay, okay, stop giggling. You know it doesn’t mean that kind of crotch.

This chapter is another little tiny one, a calm before the storm, so to speak. It’s funny, all around this first real whale hunt, Ishmael has been having these little side-notes informing us about necessary bits and pieces of whaling procedure. And yet, even with all this, the actual moments of whaling feel a bit obscure. It’s such an incredibly complicated and unique procedure, it’s difficult to put all the pieces together.

SUMMARY: Ishmael takes a second to tell us about one little bit of the kit of a whaling boat that is necessary to understand some upcoming scenes. It is: the crotch. A small piece of wood that is used to hold two harpoons in the front of a whaling boat.

Two harpoons? Yes, every boat has two harpoons, which are both attached to the line. The purpose is to toss both as quickly as possible, and hopefully hit the whale with both of them, so that if one were to come loose during the struggle, the other would have a chance of holding firm. But in practice, this almost never happens. A whale that gets hit by a harpoon is not going to sit still and wait to get hit by another. So, the extra harpoon is just hurriedly tossed out of the boat so it doesn’t kill anyone when the line goes taut. Then, it is just randomly swinging around in the ocean, unattached, cutting other lines and even maiming sailors in other boats. Another deadly, random hazard of an already dangerous industry.

So yeah, as if hunting a big, unpredictable sea monster wasn’t dangerous enough, these fuckin’ brain geniouses in the whaling industry decided it would be a great idea to have spare harpoons swinging around too. Like, I can totally understand the instinct, two harpoons in a whale is better than one, but I feel like the first time a spare harpoon cut a man’s hand or head off, I would maybe take the risk on only bringing one.

Ah, but such are the strange motives and ways of tradition, I suppose, just like we were talking about last time. The central logic of this practice is so strong, and so easily grasped, that it makes sense it would become deeply entrenched in a practice as prone to superstition and intransigence as whaling.

Ishmael describes how sometimes a whale that is particularly tough to kill will end up being harpooned by several boats simultaneously:

Consider, now, how it must be in the case of four boats all engaging one unusually strong, active, and knowing whale; when owing to these qualities in him, as well as to the thousand concurring accidents of such an audacious enterprise, eight or ten loose second irons may be simultaneously dangling about him.

Just imagine! A giant monster of a whale, thrashing about in the sea, now decked out with whirling blades attached to ropes, which are also attached to the boats! Why, it’s a wonder that whalers are not routinely massacred by their own weapons. Forget the matter of the line encircling the ship like a hangman’s noose, the harpooneer is tossing their foe an actual sword to use to against them.

The more you hear about it, the more outlandish and bizarre the whole thing sounds. To hunt whales, they go out in small boats that are rowed by a handful of men, the harpoons are left attached to the whales as they dive and race around the ocean, dragging the boat. Whalers hunt in any weather short of a full squall. It seems like the whole thing is designed to be maximally dangerous to everyone involved. 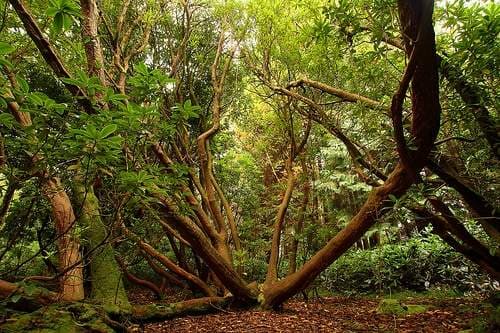 But, really, this kind of thing isn’t too uncommon. As long as something is not 100% fatal, people will keep doing it for a long, long time. “Plumbing” is named after the latin name for lead, because all water pipes used to be made from lead. Things that are “common sense” now were completely unknown in the past.

Here’s a fun one: trigger discipline. If you’ve ever used or read about the use of firearms, you know that there are some strict rules about them. You never point at anything you don’t want to shoot, and you always keep your finger off the trigger unless you’re pointing the gun at something you want to destroy.

These rules were invented in the 1980s. Before then, soldiers kept their fingers on the trigger all the time, basically constantly while they were holding guns. Were there accidents? Sure, all the time, but that’s just how things go. Guns are dangerous, so there are bound to be accidents.

Common sense does not simply flow from out of the aether. Someone has to sit down and come up with the rules. Those rules have to be disseminated, taught through some sort of organized system. It is a tremendous effort to change The Way Things Are Done, and it was even harder for the like of Ishmael, back in the 1840s. The whaling fleet of America may be headquartered in Massachusetts, but it is distributed all over the world. The captains are more interested in trading hot tips on cruising ground than on new safety rules.

What seems like a torturous existence to you and me is just the day to day reality for them. Through habituation, people can put up with a lot of awful stuff, including the officer on your boat telling you to just toss a harpoon overboard before it slices off your arm.

The same is true today with everyone around you, on a micro and macro level. What is an easy day for you might be an impossible one for someone else, or vice-versa. Everyone is just trying to get by, and everyone has different tastes and standards, even in relatively close proximity in time or space.

Well, a little more subdued this week, but hey, it was a short chapter. I’m glad I made it close to a thousand words. That’s definitely longer than the chapter was!

The next chapter is a real long one, and it is going to be… a bit rough. Hard to read, hard to talk about, despite an interesting subject and more narrative movement.