Here’s another tiny little chapter. At this rate we’ll be down to a single paragraph, then a single sentence, and perhaps even a single word will suffice.

This time, the focus is on Stubb in the aftermath of Ahab’s big revelation. He didn’t get a lot of focus in that chapter, though he was there with everyone else. How will he respond to the new plan of vengeance on the white whale, Moby Dick? Let’s find out!

SUMMARY: Stubb sits on the main-top, mending a brace, talking to himself. He is fully resigned to whatever is to come, taking comfort in the fact that it’s all predestined in the end, and nothing he can do will make any difference. He laughs, and starts to sing a song before being called down by Starbuck.

So, looks like ol’ Stubb isn’t taking it quite as hard as his superior. He’s more in line with the rest of the crew, just havin’ a good time. Well, he’s a bit more thoughtful, he knows that they’re probably all doomed, but he also knows that there’s nothing he can do about it, because he’s already had the Ahab Experience and knows that it’s not something he can handle.

I heard not all his talk with Starbuck; but to my poor eye Starbuck then looked something as I the other evening felt. Be sure the old Mogul has fixed him, too.

This does clarify something I had assumed from that previous scene: Ahab’s speech to Starbuck was a private affair. He was not declaiming his whole wild logic and striking through the mask of reality to the whole crew, just Starbuck. It really increases the intensity of it even further, you can imagine Ahab pulling him aside and grumbling it at him in conspiratorial way.

Stubb doesn’t have any idea about that whole angle, just about the vengeance thing, along with the rest of the crew. He’s not necessarily won over, but he’s not gonna fight it. It’s a dangerous business in the first place, and going after a legendary monster of a whale is a good way to increase the danger significantly, but so what? It doesn’t really change things that much. It’s impossible to change things, in fact, this was always going to happen.

Because a laugh’s the wisest, easiest answer to all that’s queer; and come what will, one comfort’s always left—that unfailing comfort is, it’s all predestinated.

Predestination is such an interesting idea. It was very popular among the flavors of protestant christianity that populated New England. The idea is that every event has already been determined, ahead of time, by God. After all, with his infinite wisdom and power, he could simply decide what was supposed to happen and have it happen.

Squaring this notion with other traditional christian notions of sin and personal responsibility is tricky, but doable. Some say that those who are to go to heaven are also already picked out ahead of time, and there’s nothing you can do to change it. I believe in Jehova’s Witnesses, getting into paradise after death is something you can lose but cannot gain, so you’d better be careful!

Stubb’s particular interpretation seems to be just to go along with it, because it’s out of his hands anyway. Which, all things considered, isn’t really a bad strategy. Stressing out over something you have no power to change, or that isn’t your responsibility at all, is a good way to save yourself a lot of stress and anxiety. Stubb’s job is to kill whales, and by god he’s gonna do it. Whatever wild nonsense his captain is going off one, that’s his business.

Recently I saw this completely buck wild article in the Atlantic about people who are intentionally late to the airport. It’s just a different way of dealing with something stressful, they want to turn into a kind of game and just get it over with as quickly as possible. It makes sense, but that logic is just completely alien to me, personally.

Whenever I am travelling, either on a plane or a bus or what-have-you, I just abandon myself to the whims of fate. If I’m gonna be late or something, so be it, not my problem. I always endeavor to get places early, because I know how unreliable transportation can be, and I would rather sit around for a little while and have a chance to get comfortable. But if that’s not in the cards, well, I go in prepared for delay, with a full phone battery and a bag full of distractions.

Specifically in airports, I love to get there several hours early, if at all possible. Airports are a great place to just hang out. Scout out a seat with an outlet and camp out for a while. Browse social media or play games on my phone, maybe buy some ludicrously overpriced snacks, get a drink. If something goes wrong, once I’m past security, it could not possibly be my fault, so I don’t have to bear any responsibility for it. The worst case scenario is I get a story to tell and have to spend more time hanging out at the airport. 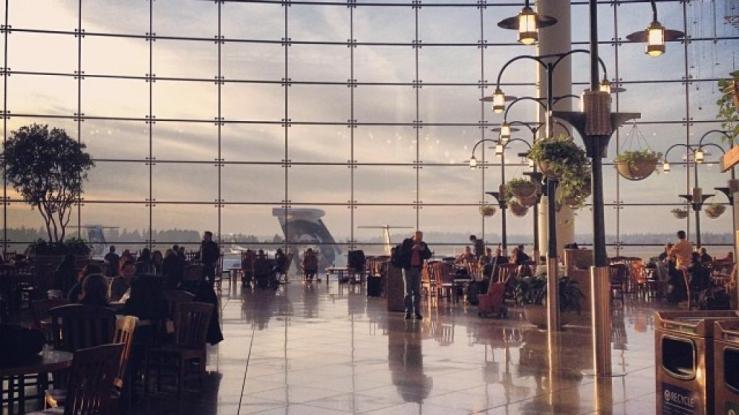 So, on a certain level, I can really relate to Stubb here. He already knows that he cannot stand up to Ahab, he learned that when the stakes were just the captain being too loud pacing around the deck one night. On the matter of his oath of blood vengeance on a whale, he is going to be orders of magnitude more intense and fiery. That’s not something Stubb wants any part of, so he’s just gonna laugh and get on with his duties.

Some things are just out of your hands. If Starbuck came up with some sort of plan for mutiny and wanted to get Stubb in on it, he probably could. If the crew as a body had rebelled against Ahab, Stubb would have joined in happily. But he’s not an instigator, he’s not the type to rebel openly.

Managed to keep it short and sweet this time. If these chapters get much shorter, I’m gonna have to start diagramming the sentences to find anything to talk about.

After these shorter reflections, the next chapter is a real doozy. It’s another fun format change, and has a lot going on in it. Should be fun!