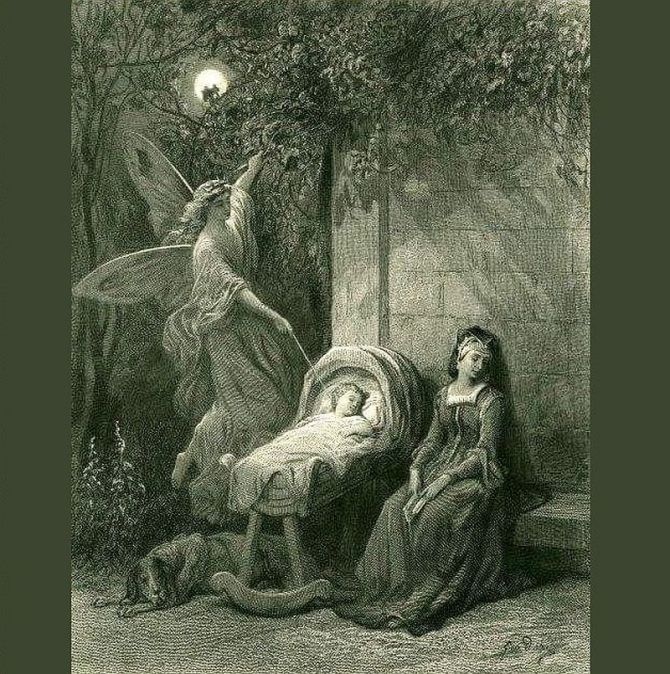 Well, too bad, that’s what this chapter is about. Luckily, while it is rather accurate to vague recollections of dreams in some ways, it is not quite as awful as having to hear about a real dream. This is still a piece of literature, Melville knows what he’s doing.

SUMMARY: The morning after Stubb’s confrontation with Ahab, he tells the third mate Flask about the strange dream he had. In it, he gets kicked by Ahab, and then turns to kick him back, but Ahab has transformed into a pyramid. Undeterred, Stubb starts kicking away at the base of the pyramid, while thinking to himself about how a kick from a fine ivory leg, used by a man as great as Ahab, is not really an insult at all. A humpbacked old merman suddenly grabs Stubb from behind, and tells him to stop. Stubb threatens to kick the merman, but the merman’s rear is all full of old marlinespikes, sharp ends pointed out, so he demurs. Returning to kicking the pyramid, Stubb is stopped again by the merman, who tells him that the kick was actually a great honor, coming from a man like Ahab. Then he swims off through the air, and Stubb woke up.

Ahab tells the men on the mastheads of the Pequod to keep an eye out for whales, and especially a white one, which strikes Stubb as very queer indeed.

First off, I love the continued characterization of Stubb as That Guy who Talks Way Too Much. He doesn’t even wait for Flask to respond before rattling off this whole big long description of his dream. You can just perfectly imagine this type, who just has this need to talk and talk and talk, loving the sound of his own voice. Not in an obnoxious way, really, but just a bit overbearing.

Now, for the dream itself, the meaning seems pretty straightforward. Ahab may be somewhat rough, but he’s so grand and imposing and immovable that there’s really no point in getting mad at him. It would be as pointless as kicking at the base of a pyramid because you felt it insulted you, somehow.

The old merman is an interesting twist, though. Somehow, the idea of a “merman” is something that felt… modern, to me. An extrapolation from the classical mythological creature of the mermaid. The sort of thing that comes from building out old concepts. But no, turns out they go right back to ancient Greece! It’s always been mermaids and mermen.

This stuff about the insult or lack thereof from the kick that Stubb imagines he got from Ahab is all more building up his greatness, it seems to me. There is something interesting there, look at the way that you can turn what would be a dire insult into something not only forgivable, but an honorable gift! It’s this whole idea that even being touched by greatness is a gift, that there’s some sort of aura around these truly great individuals that may rub off on you.

It’s an old idea, and a stubborn one. You can still it applied to some people even now, usually the very rich. There’s a strange cult to greatness, those who think there are some who are just born better, more capable, touched by some larger perfection, than anyone else. What a ridiculous idea! That some people are just better, more worthy, not even because of their accomplishments but because their very existence is somehow touched by greatness.

Nowadays, you often see this associated with entrepreneurs. We’re supposed to be amazed at their knowledge, their skill, their boldness, and so on, and ignore where that comes from. The privilege and connections that put them in a position to become who they are today. The people who prop up their image, always working in the background, the millions of Bulkingtons who worked just as hard for no reward.

But, this has already been covered, far more rigorously than I could manage, by the book War and Peace by Leo Tolstoy. I made it through that massive tome a few years ago, and I was surprised by how much of it was spent yelling at historians for how much they overrate Napoleon. You think Moby Dick has a lot of asides that aren’t relevant to the main plot? War and Peace goes off for hundreds of pages on the minutia of a single battle and how little Napoleon actually did during it.

Frankly, it was a bit much for me. It gets to be exhausting, especially when Tolstoy circles back around to make all his points explicit after the actual plot of the book has been wrapped up. Still, worth a read, if you find yourself interested in counter-arguments to the Great Man Theory.

Ahab seemed a pyramid, and I, like a blazing fool, kept kicking at it. But what was still more curious, Flask—you know how curious all dreams are—through all this rage that I was in, I somehow seemed to be thinking to myself, that after all, it was not much of an insult, that kick from Ahab.

Anyway, besides that whole argument, which we get from the merman, there are a couple of other ones implicit in the dream. The way that Ahab becomes a pyramid is an argument in itself against striking back or getting into scuffles with him: it’s just not worth it. He’s a big, old, mysterious thing that you’re not going to be able to understand or change one whit, even if you kicked at it all day. It’s not that Ahab is so great, it’s that he’s withdrawn and stubborn, so fighting with him won’t get you anything good.

Stubb’s own argument to himself is similar. It’s not like it was personal, Ahab didn’t even strike with his living leg, only his false, dead one. He was just acting automatically, not really thinking about Stubb, and didn’t mean anything by it. It wasn’t a living insult, intended to harm him, it was just a rough dismissal that was misinterpreted.

With that, he all of a sudden seemed somehow, in some queer fashion, to swim off into the air. I snored; rolled over; and there I was in my hammock! Now, what do you think of that dream, Flask?

So, putting all that aside, I’d like to focus in on one little thing that may spring out to a modern reader, and has quite a lot of hidden meaning. When the badger-haired hump-backed old merman shows up, Stubb remarks “what a phiz!” about his looks.

If you’ve read some old books before, you may recognize this term, short for “physiognomy”, meaning just… face. It also refers to a school of thought that a person’s character can be determined by the general shape and look of their face. Not just what they’re feeling at the moment, but their very nature as a person.

So, you can determine if they’re a criminal, or especially sinful, or any sort of thing like that, just based on what a person’s face is like. This, of course, gets tied in to the scientific racism of the 19th century, along with phrenology (which was the same, but for bumps on your head). The idea that you can somehow determine the true nature of a person through some aspect of their appearance has deep roots, of course. It only makes sense that people would try to systematize is and make it more official, and thus real and convincing. 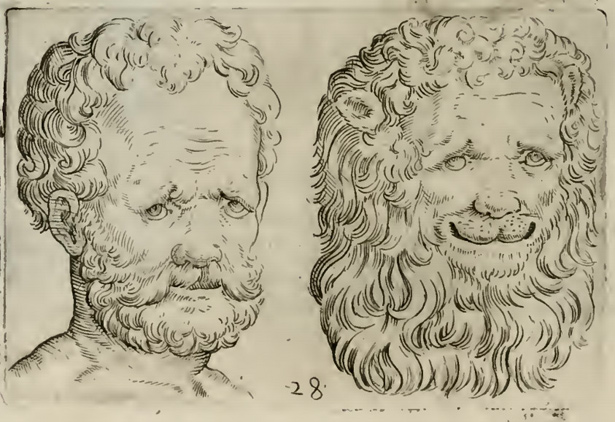 The modern type of scientific knowledge is still quite young, and has been open to abuse from the very beginning. Always be wary of bad actors! Oh, do not be taken in by the notion that an argument being made in the right way means that it must be correct. The toxin of racism was seeded with scientific thinking, and thus sunk deep into the tissue of our modern culture.

As for the idea of conflating appearance with morality, I’ve already written a whole thing about that. It never stops being relevant. Aesthetics are a skill, and appearance is just that, appearance, and holds no inherent meaning on its own.

At the end of this chapter, we get another inkling, a little premonition, of the white whale himself, Moby Dick. Soon enough, the full story on that will be revealed… but first, we must get through a few of Ishmael’s more… challenging tangents.

The next chapter is where I nearly stopped the very first time I read this book. When people say that Moby Dick is a tedious, boring old tome, this is probably what they are referring to.

But, it’s not really so bad. Also, you can probably just skip it and not really miss anything, since it’s non-narrative. There are some good nuggets in there, too.