You may not have heard of this game, I certainly hadn’t when it came out. It’s a modest Kickstarter success from a few years back, at first glance merely yet another indie game drowning in labels. It’s a pixel art throwback metroidvania with LGBT characters and time travel! Very easy to overlook, at the end of the day. 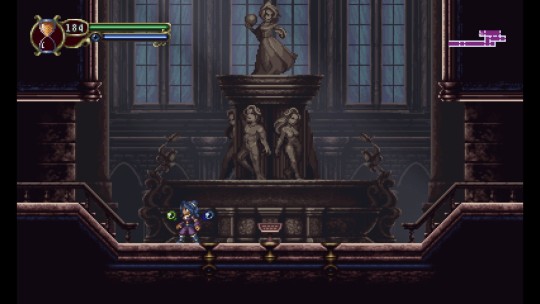 But, I’m here to tell you that this game is the closest any has come to recapturing the magic of the Igavania games, those entries in the Castlevania series that abandoned linearity in favor of free-roaming exploration and RPG mechanics. But, the good ones, developed by Koji Igarashi, not Castlevania 2.

First of all, the graphical style is great. You see a lot of pixel games that don’t aim for any particular era, and so they end up looking like a real mish-mash of styles. They abandon the actual constraints that lead to the creation of pixel art in the first place, and thus end up just using it as a crutch for simpler visuals. But Timespinner feels specifically like a Playstation 1 or Sega Saturn game, along the lines of Astal or Breath of Fire 3 or Legend of Mana. 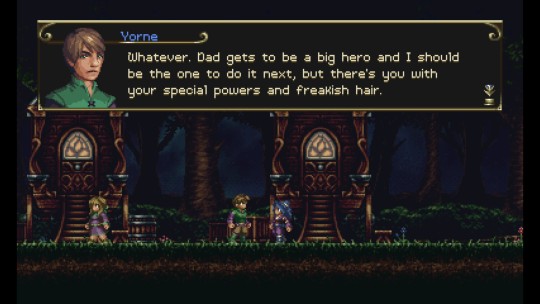 They absolutely nailed that look. Where it is pixelated, but clearly drawing on more nuanced and complete artwork that simply cannot be properly rendered thanks to limitations of the hardware. In this case, the limits are self-imposed, trying to recapture that old look. It all fits together perfectly, only missing the occasional gimmicky 3D effects that were rampant in the era.

As for how it plays, it’s wonderful. Movement feels smooth and snappy, you can climb up ledges so platforming isn’t too stressful, and it has some really fun gimmicks. Very early on, you gain the ability to stop time at the press of a button, allowing you to reposition yourself away from enemy attacks, or use them as platforms.

This gimmick isn’t actually all that central. Mostly used for dodging boss attacks and getting to the occasional secret area early on. The more prominent system is the orbs.

You use orbs to attack, starting with a simple blue orb that you send out to bonk enemies with. Soon, you get an orb that turns into a sword, then one that shoots flames, and it just goes off from there. It allows for an incredibly wide variety of weapons, without having to get into the weeds of itemization. You see, orbs level up alongside your character, as you kill enemies, so if there’s one you like… you can just keep using it.

In addition, orbs provide more customization options. You can use them to make spells and rings. Spells are your classic Castlevania sub-move, using mana. Rings provide some minor bonus, faster regenerating mana or taking less damage or allowing orbs to set enemies on fire. Every orb grants you one of each, in addition to being a weapon you can use. 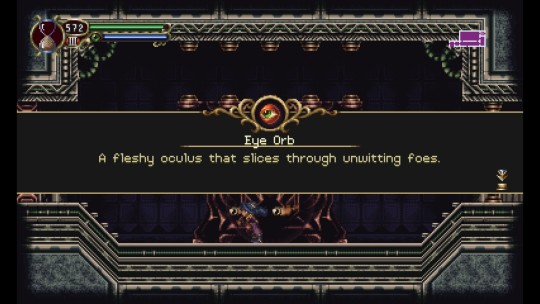 So, as you go through the game, your options expand apace. Getting a new orb feels like a big deal, a suitable reward for beating a boss or discovering some obscure secret. It gives you a great incentive to explore every nook and cranny as you go along.

But, the game isn’t without its problems. The main complaints I could imagine are: it’s short and it’s easy. Both of those are true, but I don’t think they’re actually marks against the game.

I finished the game in about 10 hours. And I do mean finished, I got 99% map completion, all orbs, saw all the endings. As a result, though, I felt like the game didn’t have any padding whatsoever. There was never any egregious backtracking through old areas, no palette swaps. Every area feels tightly designed, there’s incredibly convenient and ubiquitous fast travel. 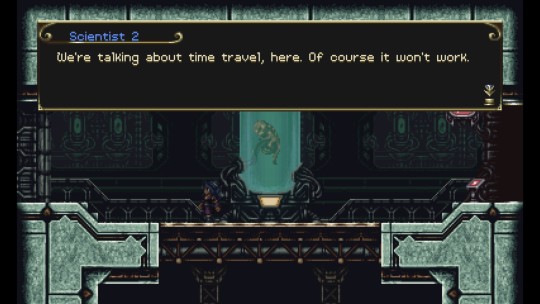 There are a handful of sidequests in the game, most of them involving exploring to find an item, or gathering a particular drop from a particular enemy. Even these didn’t feel repetitive or annoying, the items dropped easily, the items you had to find were in logical areas, guided loosely by the dialog.

This is not a hard game. It does have a harder difficulty mode, which I haven’t tried, but I doubt even that is especially challenging. If you’re looking for something that’s going to really push your platforming or dodging skills, look elsewhere. But I don’t think the game is trying to be hard. What it’s trying to do is replicate the Igavania games, and none of them were difficult either, especially not the vaunted classic Symphony of the Night.

I think Metroidvania games in general are better when they aren’t too hard. You’re gonna be wandering around and exploring, you don’t want to be constantly on your toes trying to survive an onslaught of tough enemies. It becomes exhausting, making you treat each adventure away from a save point as a desperate trek through enemy territory, rather than a jaunt around the neighborhood.

So, I will admit that it is a short and easy game, but I don’t think that’s a problem. Wait for a sale if you must, but do play this. It’s just really solidly made, a love letter to a period and type of game that I enjoy a great deal.

If you have any affection at all for SotN or the DS Castlevania games, buy this game immediately. It may not be as expansive, but it succeeds in capturing the essence of what made those games great. 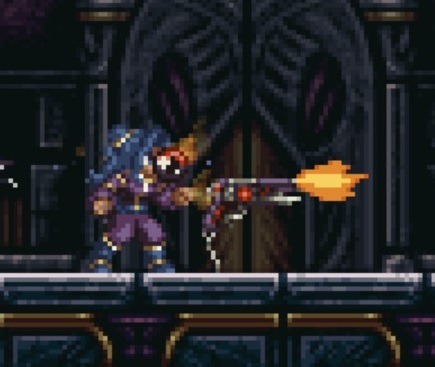