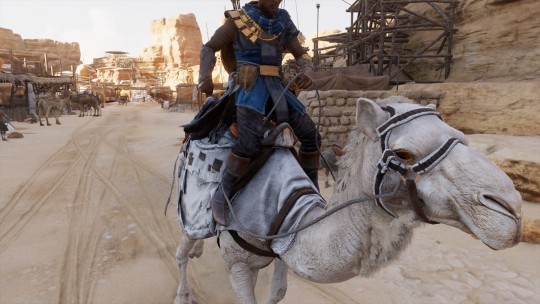 Assassin’s Creed Origins is a perfectly fine game. It’s got some incredible scenery, some decent writing here and there, but the core gameplay is a bit lacking. It’s a problem with AAA games in general, and more specifically the type of open-world games that Ubisoft develops.

First off, the good stuff: This game is absolutely gorgeous. You could generalize it as all deserts and farmland, but it does an incredible job of adding variety to that basic formula. Every region looks different, every little town has its own thing going on, every nook and cranny feels intentional. Even without being able to run it at max settings, I am often blown away by how good it looks. And it has a good photo mode, which is always fun. 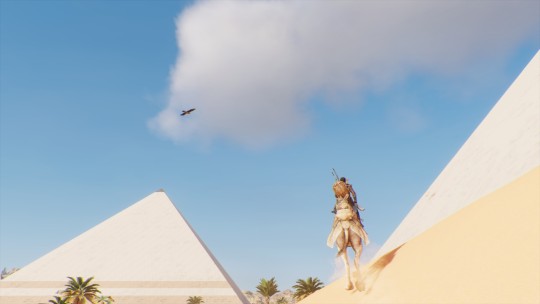 The writing is kind of a mixed bag. A lot of quests feel like pretty thing excuses for going to a place and murdering people, or finding some sunken treasure, or what-have-you. But the protagonist, Bayek, is very well-realized. I enjoyed how he was written to be kind of a goofball, and he felt more like an actual member of the society he was in than most AC protagonists. I like that they are consistent about him believing that vengeance is good, actually, and you should take it if you can. 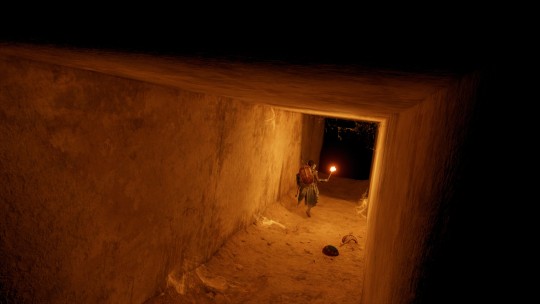 So, the gameplay. Climbing on stuff is as good as it’s ever been, though it is occasionally frustrating when Bayek cannot climb something that clearly has cracks he could use as fingerholds. This is the thing that’s been polished to a mirror sheen over the course of this long series, the main appeal from the very beginning. Even in the largely rural setting of Ptolemaic Egypt, there are plenty of temples and ancient ruins to clamber all over.

The combat sucks. It’s trying to add a more Dark Souls or Witcher-ish dimension with the shield, but it doesn’t really work. It ends up being the same old thing, you get enemies in combos until their health goes all the way down. Sometimes, tougher enemies have big shields, and you gotta charge up a stronger attack to get past it. The only times I’ve died in combat are from being lit on fire and not noticing my health dropping in time to jump in some water or roll around on the ground. 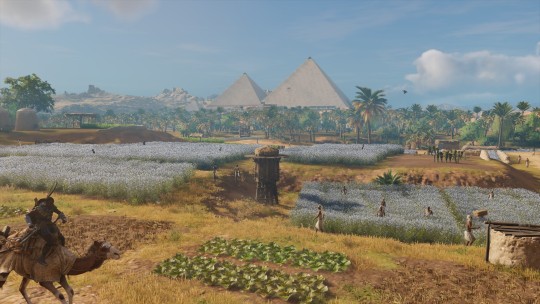 Part of the problem is that there is no enemy variety to speak of. This is a common problem in these types of open world games. You get the vague categories, which are then translated exactly into each faction. They may have different tricks up their sleeves, but it has never been relevant.

This is the essential problem with the game: it’s too easy. It’s designed to be beaten, you’re not supposed to ever struggle while playing it. The method it uses to entertain you is passive, not active. You are not engaging in the world directly, it’s more like seeing it from a thousand feet in the air. Oh, there are farmers in the fields, doing their work. Oh, there are greek soldiers, roaming the countryside. You only interact with the world through side quests, and even then it is all proscribed, pre-written dialog, pre-determined action. Bayek is on his journey, you’re just watching it.

So, overall, it’s a great game to play while listening to podcasts, but it gets a bit boring after a while. The only thing it really has going for it is the variety in scenery, which, again, is really incredible. Maybe my expectations were built up a bit high by all the talk I heard about it last year on podcasts and social media, but I expected something really different, a new direction for the series. But really, it’s essentially the same.

Playing this game, I keep thinking how much potential it has, squandered. All this work put into the world, getting it to look so incredible, and you just wander around climbing on stuff and murdering people. They keep trying to make something new by bolting things onto the formula established in the very first Assassin’s Creed, but they’ve never really succeeded.

I started playing this game right after finishing Dragon Quest XI, and I was struck by how loose it felt. Animations are approximated to what they’re supposed to do. Every sword hit may not exactly connect, but you know what the animation is implying, it’s fine. People clip through clothes, animals clip through riders, everything is always bouncing and colliding at odd angles. Nothing is exact, it’s all just close enough to how it needs to be. 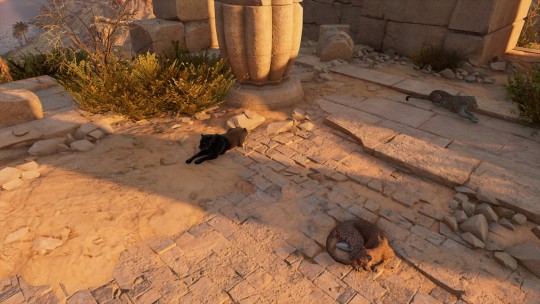 This is in contrast to DQXI, which was very exact in everything. Animations in battles lined up perfectly. Camera angles were chosen carefully to always show things at their best. Models are constructed to never clip or bend in weird ways. There are no relevant physics to speak of, besides the ability to jump, which is carefully limited as well. There are lots of invisible walls to keep you from getting into awkward places you shouldn’t be.

It struck me how both games were trying to simulate a world, but with very limited scope to tell a particular story, and yet they ended up feeling so incredibly different. There seems to be a tendency in big western RPGs to try to simulate the world, and then figure out what story you want to tell in it. If you can just get all the pieces working right, then you can figure out something interesting to actually do with them afterwards. Whereas in JRPGs, you get the opposite, you figure out the story and then see what bits of the world actually need to be simulated. 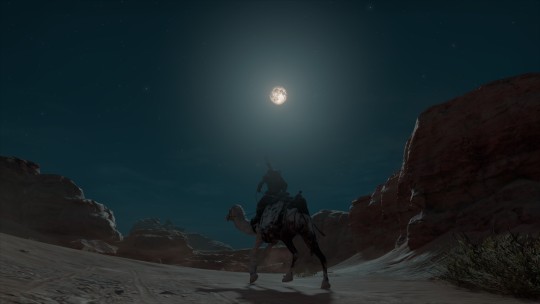 The latter gives you a much tighter, more focused experience. Not to say that one is better than the other, necessarily, it’s merely an interesting juxtaposition, starkly demonstrating the divide. And it goes WAY back, to the earliest examples of both genres. Look at Daggerfall, with its hundreds of square miles of simulated countryside. Compare it to Dragon Quest 5, which was exactly as big as it needed to be to accommodate the story it wanted to tell.