Let’s move on to some capital-T Theology in this next run of chapters in Moby-Dick; or, the Whale! I’ll say ahead of time that I am, at best, an amateur theologian, having taken only a few classes on the subject in college, and none of them even remotely relating to 19th century Christianity.

But, having been raised in a denomination that encourages scholarship of the Bible, following @benito-cereno for many years on this site, and listening to his wonderful podcast @apocrypals, I know a thing or three about the following of ol’ Oily Josh.

SUMMARY: Ishmael returns to the inn after his morning perambulations, then leaves again to visit the famous Whaleman’s Chapel of New Bedford. The weather has turned bad, sleeting heavily, but he makes it there, crusted over in ice. The chapel is already half full of various worshipers, each sitting apart and silently in their grief, gazing at the memorial tablets on the wally behind the pulpit. Queequeg is there, but because he can’t read he is unaffected by the gravity of the scene.

So, we transition ever so smoothly from Ishmael extolling the merits of the whale fishery, rhapsodizing about how it has made New Bedford a paradise on earth when it was previously a blasted waste, straight into this, a contemplation of the cost of that wealth. Not only the lives lost in gaining it, but the grief of those left behind, the shipmates and relatives who now suffer eternal grief.

Ishmael explains that the deaths of whalemen in the process of their craft is especially harsh, as their bodies are usually unrecoverable. A boat is simply carried off over the horizon, and everyone on it is accounted as dead. A man is dragged beneath the waves after not cutting a rope soon enough, never to be seen again. He goes overboard during a squall, and only noticed in the morning’s accounting. 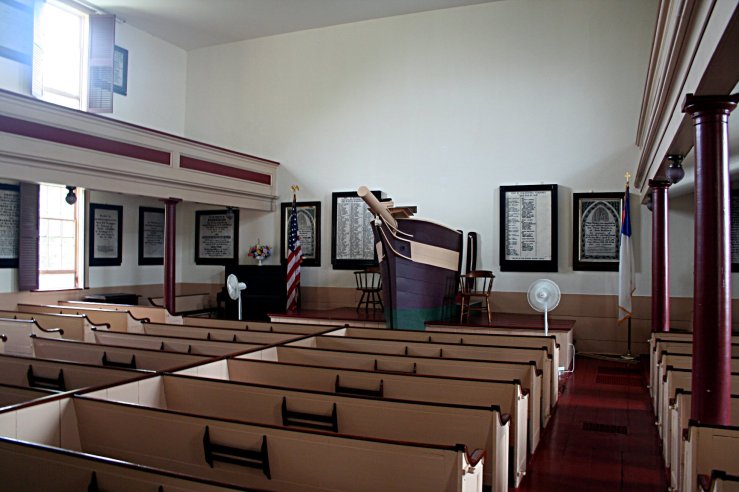 Thus, the grief is more keenly felt by those in this particular chapel. Which is a real place, it turns out, but is called the Seaman’s Bethel and not the Whaleman’s Chapel. It is preserved exactly as it is described in this book, and you can go there, in New Bedford, and gaze at those tablets yourself, if you so wish.

Not knowing where your loved one’s body ended up is tragic, because how will you find them when the resurrection comes? Indeed, Ishmael posits that this is the reason the grief is all the deeper and intractable in this place. It undermines the very faith of the grievers, how can they believe in Eternal Life if the bodies of their beloved lay at the bottom of some ocean, thousands of miles away?

This is referring to the concept of Jesus returning to grant eternal life to all who have died. The idea being that when you die, you don’t just go to heaven immediately, but have to stay dead for a while, until Jesus returns to Earth to raise the righteous dead and bring them with him up into paradise. So the placement of bodies after death becomes a very important thing, in Christianity.

There’s a whole Thing about what these resurrected dead will be like, and be able to do, which is buck-fucking-wild, but I’m not gonna get into that here. Check out episode 5 of the aforementioned podcast, Apocrypals, for more info on all that.

Getting back to the text, I really didn’t understand this bit at all the first time I read it, but now it makes more sense, being aware of the whole second-coming-resurrection thing. Ishmael gets more philosophical here, wondering why people care so much about where the bodies lay, or why people care about their loved ones being dead at all! After all, they’ll be back as immortal spirits in no time. They’re not even really dead, just resting until the second coming. 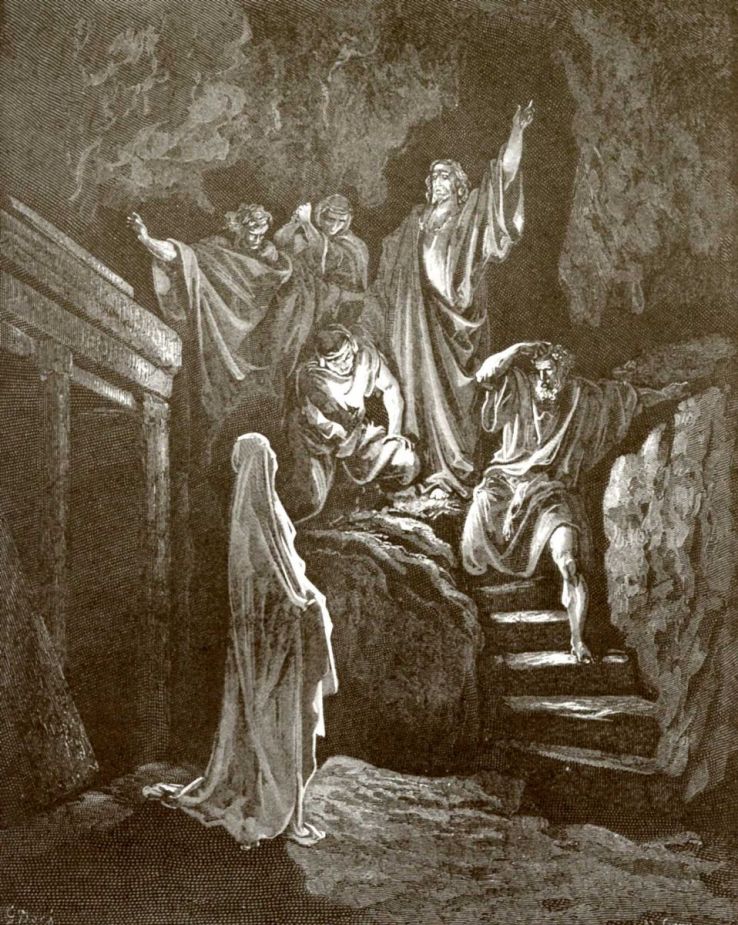 And yet, there is grief. There is sorrow eternal, over the placeless dead. There is fear over the idea of resurrection itself. Ishmael seems to be picking at a contradiction here, that people don’t really believe in these things. Or, that the faith itself only sustains itself by offering hope to those in the depths of despair. You may say, taking advantage of those who are desperate for a shimmer of hope.

But Faith, like a jackal, feeds among the tombs, and even from these dead doubts she gathers her most vital hope.

Then, Ishmael gets really philosophical, right in the last paragraph.

After contemplating the tablets seemingly foretelling his own death in his forthcoming voyage, he decides to take the whole thing in stride. Sure, maybe he’ll die in some ignominious way in some random accident, but so what? He’s just getting it over with, getting a promotion to an immortal spirit, shedding his earthly form early.

Methinks we have hugely mistaken this matter of Life and Death. Methinks that what they call my shadow here on earth is my true substance. Methinks that in looking at things spiritual, we are too much like oysters observing the sun through the water, and thinking that thick water the thinnest of air. Methinks my body is but the lees of my better being. In fact take my body who will, take it I say, it is not me. And therefore three cheers for Nantucket; and come a stove boat and stove body when they will, for stave my soul, Jove himself cannot.

So, what we see as the world is not necessarily the truth of it. Ishmael is going full Descartes here, saying that the only thing you can know for sure is that you exist. The true nature of the world is not revealed to us by appearances.

That is definitely gonna show up a lot in this book, as an ongoing theme. The world that presents itself to our eyes, at a glance, is not even a fraction of the whole story when it comes to whales. Why should it be so for anything else? What appears to be the important things in life, the physical things, are just impermanent shadows, compared to the eternal nature of the soul! 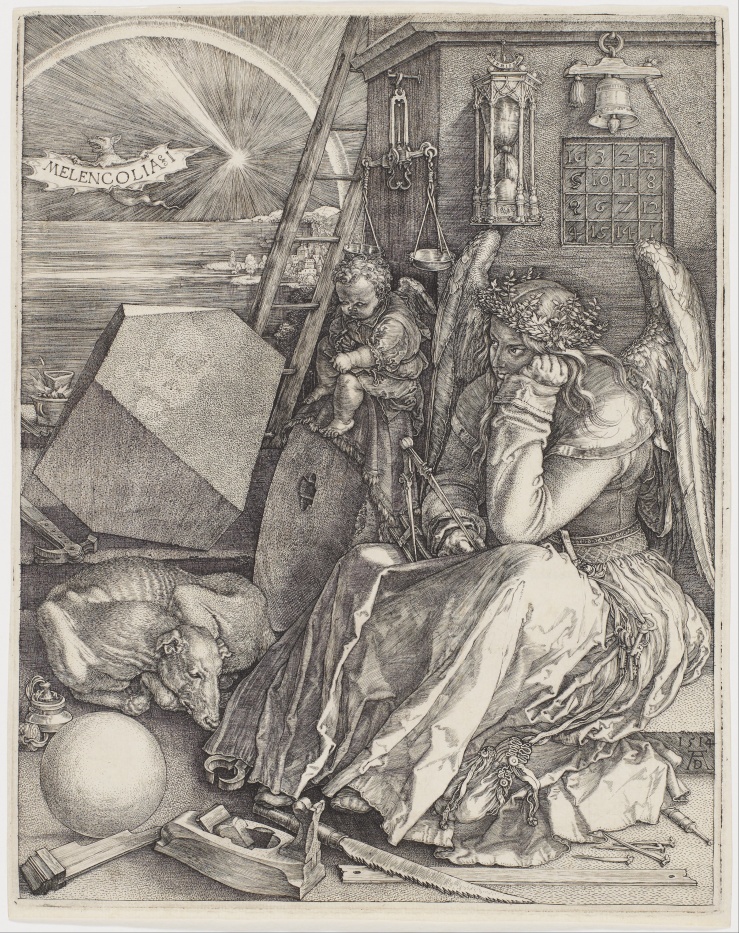 Sounds an awful lot like Gnosticism to me, frankly. Melville was a bit of a heretic! Not that he ever claimed not to be. Gnosticism being the off-shoot of christianity, going way back to the very early days, which posits that the physical world was made by an evil being called the Demiurge and exists only to corrupt the pure, spiritual essence of mankind.

But, really, Melville isn’t being specific enough to be slotted into any particular theology or philosophy. The whole point is that knowledge is impossible. You can try and try, but to really get to the true truth? The real reality? It is completely unknowable whether you’ve ever reached it.

I warned you it was gonna be a big one, for such a short chapter. And this isn’t even getting into all the meaning I could wring out of that line about faith being like a jackal. I’ve basically made that quote the basis for this indie game project I’ve been working on, and even used it as a prospective name!

The deep stuff in this book comes out of nowhere, sometimes. One chapter Ishmael is opining about how pretty the girls of New Bedford are in the spring, and the next he’s saying it’s okay if he dies because this physical world is but an illusion. Go figure!

As always, you can follow along with the full text of the book FOR FREE on Gutenberg dot org. Or, there are many free or very cheap editions available on amazon dot com. And if you really want to get fancy, check out the illustrated edition by one Evan Dahm, the author of the webcomics Rice Boy and Vattu.