Alright, who’s ready to learn about Starbucks? The coffee chain started as a small shop on Western avenue near the Pike Place market in Seattle, back in the 1970s, but when that building bu-

SUMMARY: Ishmael describes the first mate of the Pequod, Starbuck, in body and soul. Physically, he is powerful but very condensed, with absolutely no extra flesh on his frame. His personality is very serious and stoic, he is a man of action rather than words. He has a deep well of courage, but also a great respect and understanding of the dangers of the sea. However, he is unprepared for the danger posed by his fellow men.

I’m not sure how to describe what happens towards the end of this chapter, so I’m just going to have to get into it in the main body, here. In the stylistic and formal sense, it’s very interesting what Melville is doing here.

But first off, how about that Starbuck fellow? This whole chapter is dedicated to describing only him, despite the title referring to multiple characters. We’ll get to the other mates and their harpooneers, the titular squires, in the next chapter, which is also titled “Knights and Squires”. That ties in a bit to the break in flow at the end.

Starbuck is the very picture of a serious-minded Quaker, it seems. It would be easy to mark him out as another Bildad type, a serious person whose role is to ruin the fun and advise caution and restraint all the time. Many stories have this kind of character, and I think that’s how he’s often portrayed, but it misses an important aspect.

What Starbuck represents in this story is clear from the careful way that he is introduced by Old Ishmael here. First, we get the portrait of him as a serious Quaker, the consummate mariner who can weather every climate and has been to every ocean. But, with a certain peculiar aspect: a deep respect for the dangers of the sea, and this particular business.

It’s a little hard to follow, honestly. Talking about a “certain superstition” and how he was “uncommonly conscientious” and whatnot. The old timey language can be difficult to parse, and I had to take this one a little slow to figure out what, exactly, Ishmael was driving at.

The fact is that Starbuck is not wildly courageous, and has a healthy fear of whales and the dangers they present. Ishmael is eager to soften this criticism, which could easily see the first mate labeled a coward, or a spoil-sport. The first reason that is given for this is simply that he takes the whaling business more seriously as a business, and just wants to do things cleanly and efficiently. No wasted effort, no lost lives or materiel. He’s an experienced and conscientious whaleman, and he’s making all the correct, rational choices.

And then, we get the second reason:

For, thought Starbuck, I am here in this critical ocean to kill whales for my living, and not to be killed by them for theirs; and that hundreds of men had been so killed Starbuck well knew. What doom was his own father’s? Where, in the bottomless deeps, could he find the torn limbs of his brother?

There is a beating heart in there after all! Starbuck is a Quaker, but he’s also a Nantucketer, from an old whaling family. He knows all too well what it means for there to be accidents in the fishery. What it means to gaze at those tablets in the chapel, knowing that your loved one may never be seen again.

Ishmael, in writing this chapter, dances around a bit from the main point. He only touches on it very lightly, before being driven into hysteria about courage and democracy and whatnot. It’s this:

And brave as he might be, it was that sort of bravery chiefly, visible in some intrepid men, which, while generally abiding firm in the conflict with seas, or winds, or whales, or any of the ordinary irrational horrors of the world, yet cannot withstand those more terrific, because more spiritual terrors, which sometimes menace you from the concentrating brow of an enraged and mighty man.

This is Starbuck’s one great flaw, finally revealed. It’s not that he’s too careful in his work, that much is easily explained away through context. It’s that he can stand up to the terror of the natural world, but not that of his fellow man.

At this point, it’s good to remember that this is all being written by Old Ishmael, years and years after it has actually happened. Our place in the narrative, where the Pequod has just left port and is making its way south, is not a limiting factor to our narrator, who knows the whole story already.

After that paragraph I quoted, Ishmael goes a bit off the rails. He starts ranting about the courageous dignity of all the men on that boat, and how he could never bring himself to besmirch their memory or honor by describing them acting in a cowardly way.

That immaculate manliness we feel within ourselves, so far within us, that it remains intact though all the outer character seem gone; bleeds with keenest anguish at the undraped spectacle of a valor-ruined man.

It’s interesting, he seems to be responding to his own urge to present Starbuck as the great tragic character of this story. He is resisting, actively before our very eyes, the urge to put all the blame on him for not stopping Ahab when his true intentions were revealed. This is all stuff that doesn’t make any sense at all if you don’t know what happens later in the book! But it’s coming up here because Ishmael knows, and this is Starbuck’s introduction.

Ishmael goes fully off on his humanist thing in the last paragraph. God as a democratic force that blesses all men equally with inherent dignity, the way that the great writers and thinkers of history come from humble origins, and so on. And frankly, I’m here for it. This is Old Ishmael unleashed, saying outright that his aim to raise up and glorify those who are looked down on, classic rhetoric of revolutionaries across history.

The three examples he cites as great men brought up to glory despite their rough origins are… interesting, shall we say.

First, John Bunyan, the author of Pilgrim’s Progress, which I think I mentioned ages and ages ago. That’s a book about how to live a good life, written in plain English and bald allegory, that was a favorite of early migrants to New England. Those protestants who wanted to be free to craft their own understanding of the bible… but could also use a little guidance. Bunyan was the son of a tradesman in England, but was able to become a great author nonetheless.

Secondly, we’ve got Miguel de Cervantes, author of what is commonly regarded as the first modern novel, Don Quixote. He also had humble origins, his father was a barber and he spent time in the military in his youth. But he went on to pen a wildly popular and influential book. Fits so far, for what Ishmael is getting at.

Lastly, Ishmael cites Andrew Jackson. Which… okay, at the time, sure, he was a famous populist and positioned himself as a humble common man fighting against the political aristocracy. Fair enough. Given all this high-minded talk about equality and Ishmael’s own incredible predilection towards tolerance of people of different races, it would be nice if he had picked someone as an example of greatness who wasn’t responsible for the Trail of Tears, but here we are.

Sometimes, it can be really hard to grapple with the fact that people in the past are naive to their own faults. Melville is remarkable in his forthright arguments for tolerance and the inherent dignity of all human beings, but he can still be racist sometimes. Some of it you can chalk up to the particular context of the time he was writing in, some 150 years ago. But other things are just a bit hard to square.

It’s the same old hypocrisy you see in people like Thomas Jefferson, writing about tyranny and how all men are created equal, but still fighting tooth and nail in favor of slavery. It’s hard to strike a balance between reverence for the ideals and disappointment for the realities. I suppose the best way to just take it as it is, warts and all, and not treat it with religious reverence, but merely as the words of another human being.

There can be good and bad things, here. They can coexist. Trying to bring in some sort of deep, untarnished, almost religious reverence is just unhealthy. This is what Ishmael is struggling with in this very chapter! He wants to give a full portrait of Starbuck, but can barely bring himself to reveal his one greatest flaw, so deep is his respect!

Ultimately, it’s up to each of us to pass judgment in our own heart. What flaws can be forgiven and which ones can’t. Trying to deny their existence solves nothing. This is a pretty minor one, all things considered. If anything, it is instructive in the ways that high-minded rhetoric can end up papering over huge flaws in those we admire. Ishmael is all too mindful of Starbuck’s flaws, but Melville is ignorant of Jackson’s. 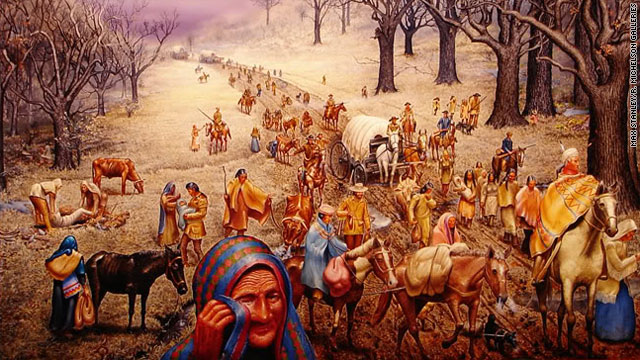 I’m too deep in the weeds, I think.

The end of this chapter is interesting in a formal sense, which is to say in the form of the novel itself. The chapter has the same title as the next one, and Ishmael goes almost completely off topic by the end, ranting about democracy and God. It seems to me that this is an example of an event in the writing of the book leaking through to its form, storytelling in the form of the story being told.

Old Ishmael started writing this chapter, intending to get through all the mates and harpooneers in one go, titling it “Knights and Squires” accordingly. But then, in the process of describing Starbuck, he fell back into despair remembering that mans ultimate fate. This was no normal tangent, it totally derailed his writing process for a time. He had to set down the project, take that chapter as finished, and start anew with the next one.

If this blog has any sort of thesis or ultimate purpose, it is proving that Old Ishmael is a pivotal character in this book, and is very separate from the young version we see in the narrative. And that not only a few years have passed, but many decades, with Ishmael spending all that time hard at work in his new profession and obsession.

This little break in the action, here at the end of this chapter, is an important piece of that puzzle.

1 thought on “Chapter 26: Knights and Squires”