I have kind of a strange history with the Yakuza series.

Back in the PS2 days, it was just sort of another game on the shelves among hundreds. I had no idea what it was about, other than Japanese organize crime, or even what kind of game it was. As a Nintendo fan going way back, the fact that it was made by SEGA was meaningless to me, and if anything made me less inclined to give it a shot.

Fast forward a decade or so, and one my favorite youtube channels starts doing a let’s play of Yakuza 4. It starts off with an hour-long video just describing the events of the previous three games, to get everyone up to speed (they didn’t LP those ones). Right off the bat, I’m fascinated. I learn that this series has a ridiculously convoluted plotline with dozens of characters, that these games are actually combinations RPG-beat ’em ups, and that they have a wacky sense of humor.

At the time, I tried to play Yakuza 4 myself, but was thwarted at every turn. I had a PS3, but it was an old version with a tiny hard-drive. So when I bought it on PSN, it wouldn’t fit on the hard drive. I bought a used copy at the store, but the disc was too scratched and it couldn’t be played. That was the only copy they had. So, I gave up on playing it for myself, frustrated at having wasted so much money chasing it.

Then, just last year, Yakuza 0 was ported to PC, the main platform I play games on! A perfect entry point to the series, I was assured by numerous trustworthy sources. So I picked it up and had a lot of fun with it, though it had some strange problems with regards to its progression system (more on that later). 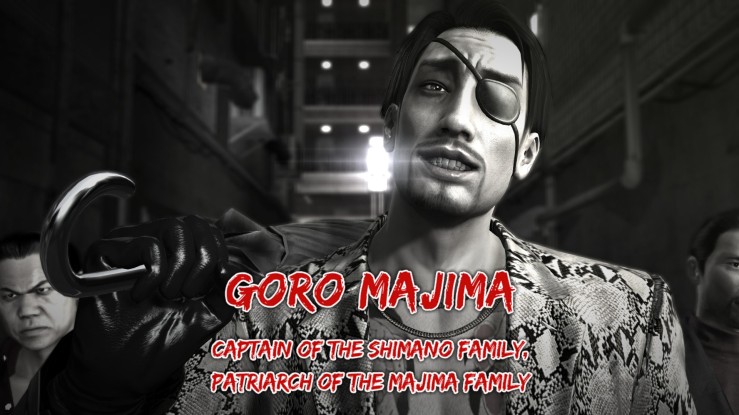 So, to sum up, my entry to this series was getting a summary of the series by a shouty man 5 years ago, then finally playing the prequel last year, and now playing a remake of the first game in the series. So it’s a bit… uneven, but let this be a lesson to you: you can never know how someone is going to engage with media for the first time. The world is large and unpredictable.

Anyway, I suppose I should actually talk about the game now! But with a series this long-running it seemed prudent to get into my backstory with it a bit. How and when you entered into it could deeply affect your perception of it, especially when we’re talking about a remake of a game from 14 years ago.

Yakuza Kiwami is a beat ’em up-RPG hybrid developed by Sega. It stars Kazuma Kiryu, a gangster who takes the fall for his best friend for the murder of a high-ranking crime boss, and subsequently spends ten years in jail. He gets out and has to navigate the ways the world has changed, and a conspiracy involving the theft of ten billion yen and the murder of the head of the whole Tojo syndicate.

The plot is okay. It’s got some interesting twists, but ends up not being super engaging. Compared to later games in the series, it’s pretty basic stuff. There’s like a government corruption angle, and an old friend who has been made hard by the business he’s in, a secret underground casino and fighting arena in the sewers, you know, stuff like that.

Some of the shocking reveals weren’t so shocking, because of my prior knowledge. Also, Majima’s presence in the plot is kind of undermined by the Majima Everywhere system. It seems like they already have such a long history, and the parts of the plot where he originally showed up are a tiny fraction of his actual screentime in this game. He ends up being a bigger part of the series, but he was just a boss you fought twice in the original.

It’s got all sorts of minigames, but actually fewer than in 0. No arcade games, the batting minigame is exactly the same, the colosseum is the same, bowling is the same, gambling games are the same, and so on. It lacks the really fun cabaret club minigame from 0. In place of the weird minigame where you watched scantily clad women wrestle, there’s… a minigame where you use collectable cards to control scantily clad women wrestlers themed after insects. It’s very strange.

The gameplay is largely the same as Yakuza 0, but without the ability to play as Majima. You have the same four fighting styles for Kiryu as in that game: beast, brawler, rush, and dragon. Fights with most enemies are about the same, except you don’t get the bonuses for finishing fights in certain ways, or at least they’re not exposed.

In Yakuza 0, your progression was based on money. You used cash on hand to buy new abilities, so enemies would just drop tons of money when you beat them up. Kiwami returns to the more traditional experience system, where defeating enemies gets you levels. You trade these levels in for new abilities. It seems like finishing off enemies with heat movies might get you more experience, but the game doesn’t actually tell you that. Anyway, much like 0, common encounters quickly become useless for actually getting new abilities, as they give piddling rewards.

The main way to get your abilities unlocked is either through progressing through the story and fighting bosses, or Majima Everywhere. The latter is a new addition to this game, where you run into Majima in all sorts of comical situations and fight him. This unlocks moves in the dragon style, and also gives you a LOT of experience. I was able to max out all the styles long before the end of the game without even going out of my way to complete all the Majima Everywhere fights. 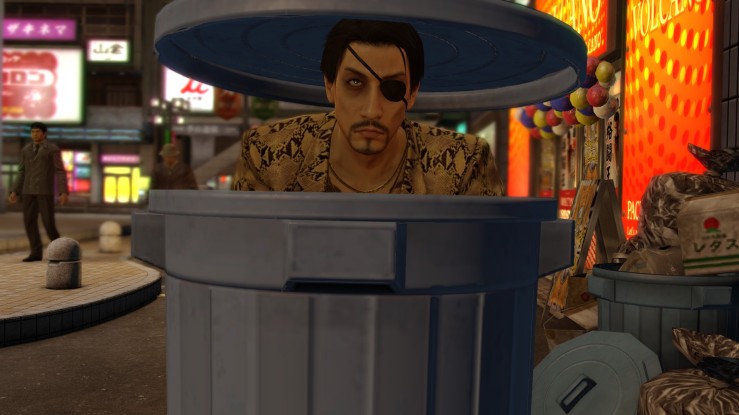 The thing is, the first time you encounter Majima in a new type of fight, it’s exciting, and usually accompanied by some funny dialog. But after that, you just sorta run into him in the street, and then duke it out. He fights with the same four styles as in Yakuza 0, just like Kiryu, and it quickly becomes tiresome. Just beating him up the same way over and over. I fought Majima thirty times before I decided to just go and finish the game. And I wasn’t even close to completing the dragon style, there were many more fights to go.

It’s funny, the dragon style is Kiryu’s original style, from the first game, recreated exactly. Which means that it is very stiff and somewhat awkward, compared to the more modern, flowing styles brought over from 0. I hardly used it at all, it’s hard to go back to something so clunky, especially when a lot of its moves were brought over to the brawler style, and that also has counters built in.

In order to get the good stuff for the dragon style, you have to get training from Old Man Komaki. And in order to unlock that, you have to fight in the colosseum. Which is, unfortunately, balanced as a real grind. You need about 30,000 points to buy all the items for Komaki’s training, and you only ever get a few hundred for finishing a tournament. I didn’t have the patience for it.

That’s the primary addition to this remake. The rest is all the original content from the 2005 PS2 game. The substories, usually the main attraction of a Yakuza game, are pretty boring, in general. Usually just going to a place to beat someone up, or participating in a minigame. Whereas 0 had several ongoing storylines with all sorts of colorful characters, Kiwami’s are mostly standalone, and have a much more serious tone.

The boss fights in this game are utterly miserable. It seems that the developers didn’t change them one bit from the original game. They usually involve the boss doing some un-interruptable combo that deals massive damage and knocks you down, every now and then. No fun heat moves, no interaction with the environment, no interesting gimmicks.

Well, that’s not true, the second-to-last boss has a truly terrible gimmick. The boss just runs away from you while you fight two underlings armed with knives. He will occasionally shoot you with a gun or throw a grenade at you. After you finally beat the guys with knives, you can actually fight him… for a while, then the knife-wielding goons get back up, stronger than before and must be defeated again. It sucks.

So, this game exists in a weird space. It lays a lot of the foundation for the rest of the series, in tropes and characters and plotlines. If you want to continue on playing the games after this, you really should play it. And the vast majority of it is perfectly fine! I actually prefer the progression system here, as it isn’t gated by an extremely boring minigame.

In Yakuza 0, in order to unlock the highest tier of abilities, you needed billions of yen. The only way to get that in any reasonable amount of time was to engage with the real estate minigame. This involved a little bit of management, and then just… waiting around for the money to come in. Repeatedly. Every now and then, you might have to go beat up some goons trying to make trouble on your land. It was very, very boring.

I much preferred the system in Kiwami, where you just have to fight Majima a lot. That’s more engaging that just wandering the streets of Kamurocho, waiting for enough cash to build up.

Yakuza games have a weird problem where there’s a ton of content, but not a lot of incentives to get you to engage with it. In a way that’s good, because you can just go in and do the parts you enjoy, without worrying about winning against every shogi opponent or become a cee-lo master. They are perfect games for dabblers, as long as you enjoy the basic fighting gameplay.

So. Ultimately, this game is okay. It’s not great, but if you want more Yakuza, it certainly scratches that itch. If you’re interested in learning about the origins of a lot of tropes and characters in the series, play this. Otherwise, it’s very inessential. Majima Everywhere amounts to a few funny lines. The basic fighting gameplay is identical to the far superior 0. You can get the same effect from watching a few youtube videos and reading a summary on a wiki.

It’s a good time killer, and not much more.